The ''White Movement'' was the term applied to a confederation of Anti-Communist Forces, opposed to the rise of The Communist ''Bolshevik'' Forces, identified as ''The Reds''. Hence, with the coming Russian Civil War of 1917-1922, The ''White'' Army was the opposing Force against The ''Red'' Army. The White Movement were not complete supporters of the abdicated Tsar Nicolas (whom they saw as ''weak''). They favored a return to a complete and absolute Monarchy, which existed in the 18th Century AD. A major problems with organizing them as an ''Army'' was that each Command was controlled by a General with similar but different political and military goals. As such, no two Commands could effectively agree on a course of action which would lead to a consolidated ''victory''. Although far better armed and uniformed, The ''White Movement'' would lose it's drive against The Communist ''Red Army''. With the establishment of The Communist Government in 1923, many ''White Russians'' would flee to other Eastern European Nations. Many smaller ''White Army'' Movements would assist in supporting several rebellions against Communist political agendas, with the majority of The Movement disappearing just before the start of World War II. 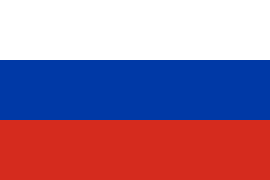