The practice of awarding weapons to a Soldier for exceptional performance in battle is an old practice. In relation to France, they were known as ''Weapons of Honor''. The style dates back to the 15th Century AD by giving Swords to Officers or Noblemen as a token from The King for their courage. With the dissolution of The Monarchy, and establishment of a ''democratic'' form of Government, the practice would be extended to all classes of Soldiers. With Napoleon of France, He would give ''Weapons of Honor'' to those Soldiers who likewise distinguished themselves. Swords (common for Officers and Cavalrymen), were custom made affairs – often finely engraved with the Recipient's name and Act of Valor. Infantrymen could ''earn'' fine Muskets or Carbines with Gold plaques attached to their Stocks. For Musicians, it was common to be award perhaps a Golden Trumpet or even Drummers receiving finely engraved Drumsticks. In 1802, Napoleon created the Medal known as The Legion of Honor (still awarded). This replaced the practice of giving out custom made weapons. Those who had already earned such were entitled to wear the new Medal. 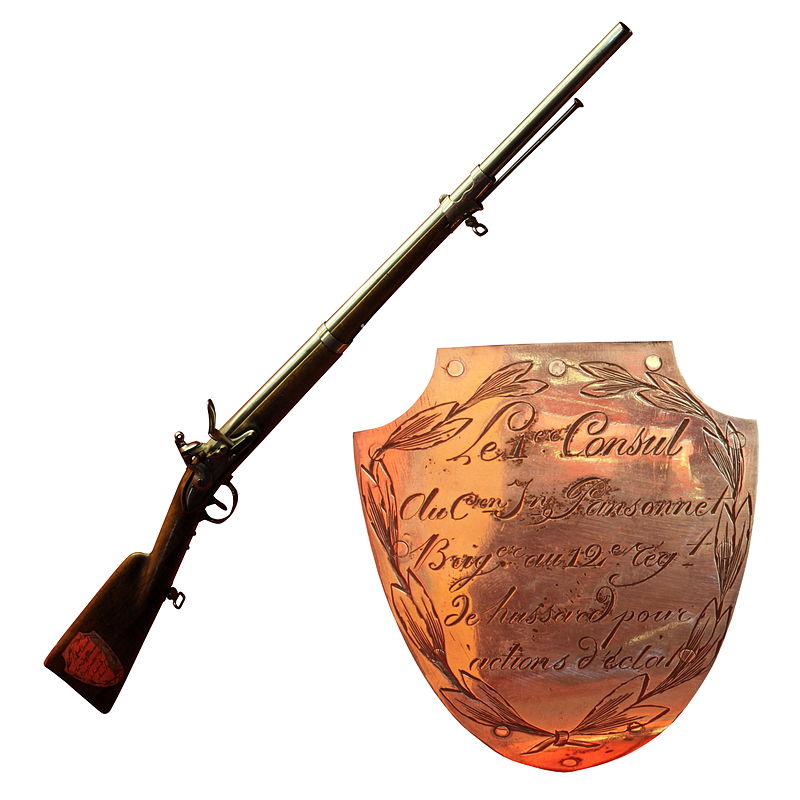