A process of fortification building linked to The Bronze Age in Europe (8th BC-1000 AD), Vitrification was a process by which stone was subjected to such intense heat, that the composition of rock used changed to a hardened, glassy substance. Historians and Archaeologists have debated for Centuries as to if vitrification was a process done purposely or by accident. Vitrified Forts were originally discovered in Scotland and once thought indicative to that region only. However, examples have been discovered in Central Europe and Germany as well. In overall construction, such Forts all appear to be built on hills with a flat or cleared top. The community or garrison would be placed on top.

Around the perimeter, either stone or wooden walls would next be placed. Most often these walls were 8 to 12-feet in height. To impede approach to the fortification, tons of stone was placed completely around the hill's slopes. It is with this placement the debate develops. This stone was then fused together via the vitrification process. One side of the debate states that the process was not by design, but the after product of a siege of the fortification. An Enemy Force placed straw or other organic substances completely around the plateau and set afire. Constantly fed, the at times intense heat (over many hours and days) – fused the stone. In reality, the tactic was possibly to create a ''smoke screen'' which would cover Enemy movement, as well as provide a suffocating wall of smoke to the plateau inhabitants.

The second debate states that once a fort was de-commissioned or otherwise deemed ''finished'', it was ritualistically burnt. The vitrification was the unintentional after product of this action. However, a third view shows that (prior to binding cement and related construction methods), Ancients used vitrification on purpose to fuse together defensive walls. The intentional heat smelting, while somewhat known, was not commonly applied to most later Medieval Castle construction. 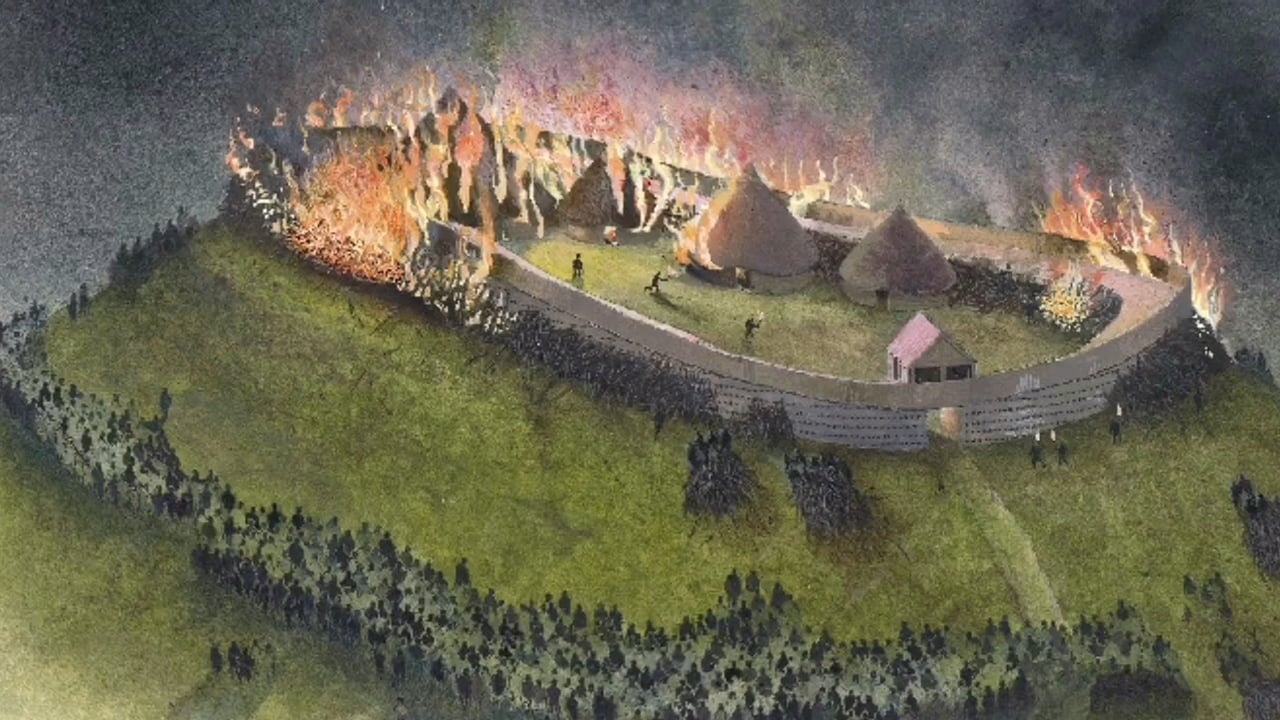