Launched in 1906, the Pre-''Dreadnought'' Class USS “Virginia” was part of US President Roosevelt's “Great White Fleet” which was created to Steam throughout The World, in an attempt to “show” The Naval power and abilities of The United States Navy as a “World Power”. “Virginia” was one of the (16) massive Battleships that was part of that Squadron Displacing 16,000-Tons, ''Virginia” was 441-feet long and stood (Beam) at 80-feet. She was propelled by Twin expanding reciprocating Engines and (24) Steam Boilers. She could achieve 22-mph. Crewed by over 800-Men, The ''Virginia” was armed with (4) 12-Inch Main Guns, (8) 8-Inch Guns, (12) .50 Cal. Guns, (12) 3-Pounder Guns and supported (4) 21-Inch Torpedoes. Her Armor Plating ranged from 6 to 12-Inches throughout.

At the start of American involvement in World War I, The “Virginia” boarded and captured (6) German Merchant and Passenger Ships, escorting them back to American Ports (including the epic Ocean Liner ''Amerika”). “Virginia” later served to escort Troop Transports through The North Atlantic to Europe. After The War, She was moored in Boston Harbor, Massachusetts. With the signing of The Washington Treaty, “Virginia” was decommissioned as a Battleship and used as a Targeting Vessel for training. She was sunk in The Atlantic by US Naval Training Bombers in 1920. 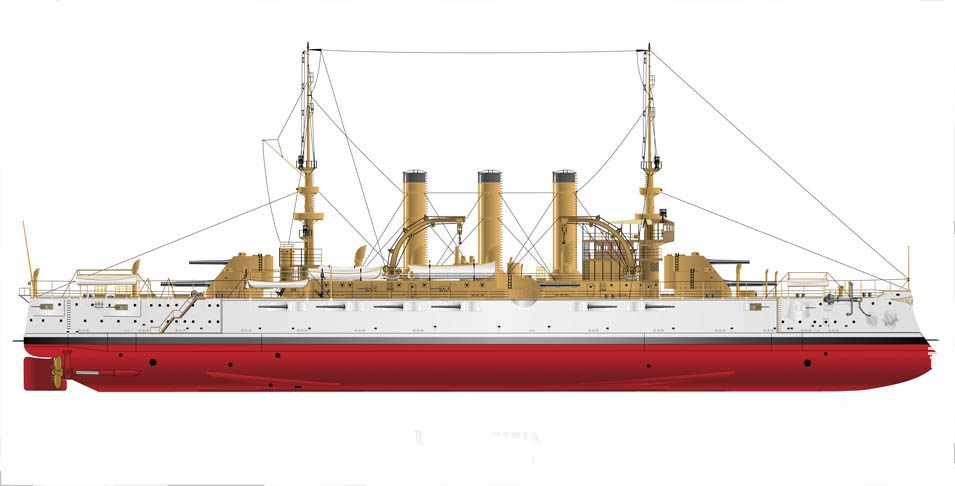