The USS “Shaw” was a “Mahan” Class Destroyer with The US Navy that served throughout World War II in The South Pacific Theater. The “Shaw” would also participate in The Attack of Pearl Harbor by Imperial Japanese Forces on December 7th 1941. As a result of her “action”, the often “unknown” USS “Shaw” would serve as one of the most recognized photographs of that tragic day. In Service with The US Navy by 1936, The “Shaw” was assigned to Pacific Fleet Headquarters in California (US) by 1940. She joined The Fleet at Pearl Harbor in early 1941. Moored opposite other Battleships at Ford Island in Pearl Harbor, The “Shaw” came under immediate attack by The Japanese Navy when they Bombed The Harbor. Hit by an Armor Piercing Shell, her Forward Magazine exploded in a massive plume. Unknown to anyone that day, a Civilian Photographer snapped a photo of The “Shaw” exploding at that fateful moment. It was one of the first (and few) photos showing the actual Japanese attacks taken that day.

Of her 200-Man Crew, 30 were lost in The Attack. The “Shaw” sank to her Conning Tower, but was raised and quickly repaired. She operated in The Pacific for the remainder of The War, service as Carrier Escort and participating in The Battle of Guadalcanal, Leyte Gulf and several other Invasion Operations of smaller Islands under Japanese Occupation. After The War, The “Shaw” was sent back to The US to New York. She was broken up for scrap in 1946. 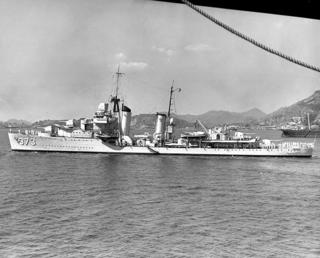