"Oklahoma" served in World War I as a Convoy Escort Ship in The US Atlantic Fleet. Much later in 1936, she evacuated American Citizens from Spain, during her Civil War. Soon after, she was redeployed to The US Pacific Fleet in California  (which would be sent to Pearl Harbor, Hawaii). During The Japanese Attack on Pearl in 1941, "Oklahoma" was struck by several ariel Torpedo Bombers, in the "First Wave" strike. Mortally damaged, "Oklahoma" slowly listed to her side and capsized. Over 500 men desperately sought air pockets in the hull, while awaiting help. Despite valiant efforts to cut them free, most were drowned. Stripped of her Guns and other salvaged material, "Oklahoma's" hill was left in The Harbor throughout World War II. In 1946, she was patched and moved to San Francisco ,  California. In a surprise storm, "Oklahoma" was lost. 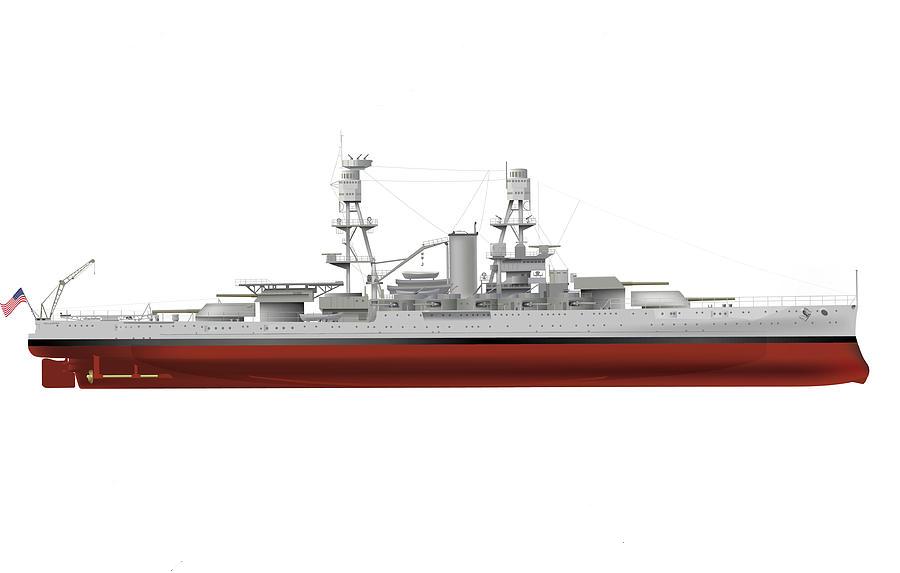