The ''Farragut'' – Class Destroyer USS ''Monaghan'' was a World War II US Naval Warship which saw service at Pearl Harbor, Hawaii – during The Imperial Japanese Naval attack against The US. It was The ''Monaghan'' that was dispatched in support of The USS ''Ward'', who had first discovered (too late) Enemy activity near The Harbor. ''Monaghan'' would be among the first Ships to engage The Japanese while enroute to help The ''Ward''. Encountering a Japanese Midget Submarine, ''Monaghan'' not only used Her depth charges, but rammed The Enemy (destroying them). However, owing to the shallowness of The Harbor, ''Monaghan'' suffered concussive damage as a result and was crippled for the remainder of the battle.

Later, ''Monaghan'' would fight at the epic Battle of Midway (1942) – in support of many of The US Naval Aircraft Carrier engages. She suffered heavy damages as a result. After this, ''Monaghan'' was deployed as Transport Escort between California and several key Pacific Military installations. Towards the end of World War II, ''Monaghan'' served as a Training Ship. It was in 1944, that She was caught in a severe Pacific Typhoon and sank. The loss of life was high, with only (6) surviving. 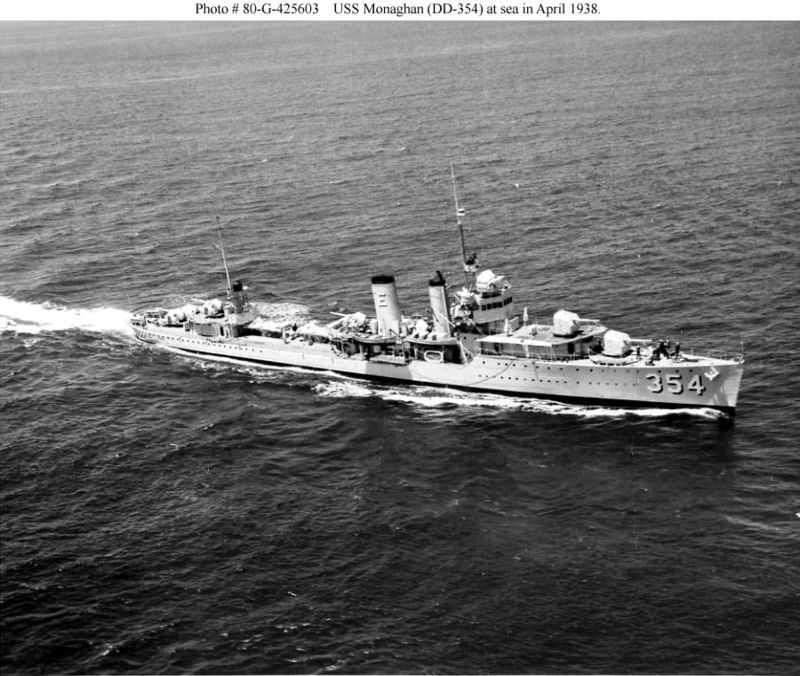