The United States Coast Guard Formation – identified as ''Squadron One'', was formed for service during The Vietnam War (1965-1970. Over 26 USCG Cutters were deployed to Southeast Asia with a maximum deployment of 3,000 Officers and Men. The goal of Squadron One, was to serve as a Blockade Tactic along The North Vietnamese Coast (interdiction). Depriving The NVA of supplies and related war materials were tantamount. In addition, The Squadron patrolled major and minor Ports and Harbors, with a goal of stopping possible ''Commando-type'' tactics (Mining). The Squadron assisted regular US Navy Operations in counter-mining as well. Working in tandem with The South Vietnamese Navy and Coast Guard, Squadron One was the first time since World War II, that USCG Vessels and Men were deployed in active combat. Many of The Vessels also participated in River and Waterway Operations, and came under direct Enemy attacks. Estimated statistics show over 1,200 Enemy Personnel killed and wounded, with over 46,000-miles of water patrolled. Over 1,800 Enemy Ships of all types were either taken or destroyed, with an estimated 300 USCG Men killed or wounded in their 5 year operational History. 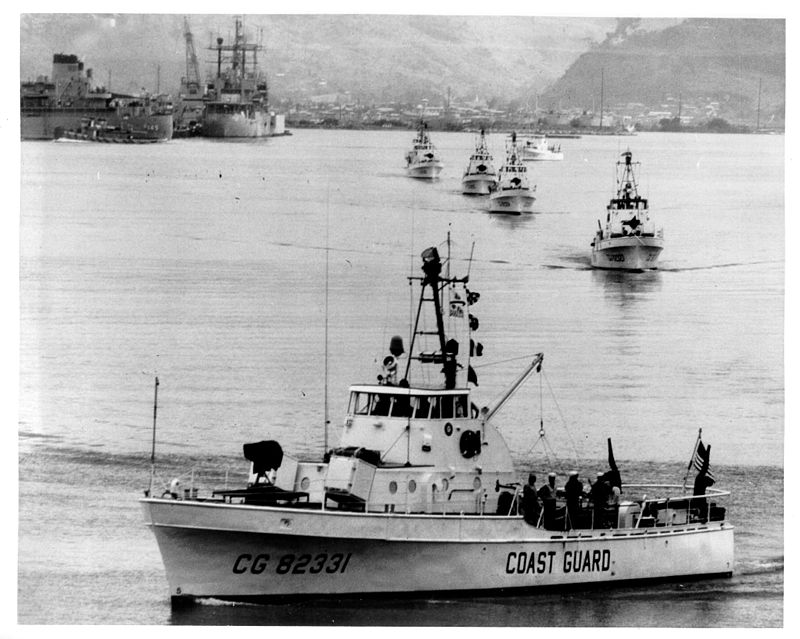