An unusual piece of American Civil War Artillery, The Woodruff Gun was produced at The Greenleaf Foundry in Illinois (1861). Designed to be a portable "mini-gun", it was a scaled down version of The Model 1841 "Mountain Gun". Only 3-feet long, The Woodruff fired a 2-pound Solid Shot or a "mini-Canister" of 42-round lead balls. The Gun weighed 256-pounds and could be towed by 1 Horseman. It required 1 or 2 Gunners. The Guns effective range wad 700-yards. Popular among Illinois Cavalry as a way of deploying Artillery with the massive logistic requirements needed for just 1 Battery of Cannon, some 60 Woodruffs were produced for use by State Troops. Woodruff Batteries saw action in many Western Theater battles and engagements during The War, with at least 1 Battery serving until The War's end in 1865. 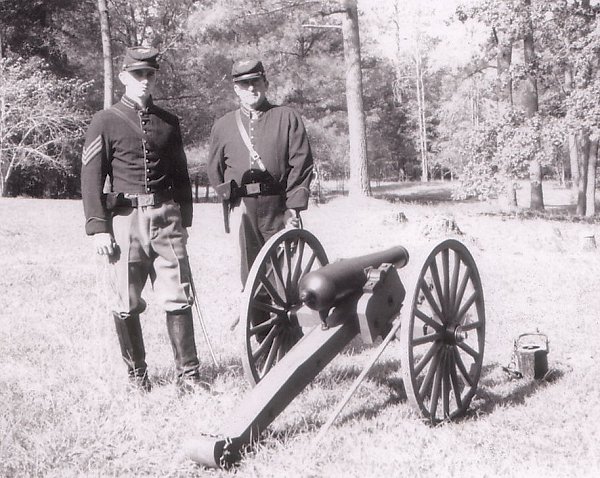