An early Cold War, 1st Generation Fighter Jet, The Vought ''Cutlass'' was one of the few early US Fighter Jet which based a large portion of it's development from captured WWII German Arado Fighter Jet (proposed) Plans. The F7U was a Carrier Based ''Light Bomber'' and Fighter first deployed with The US Navy in 1951. Production lasted only 6 years, due to constant technical (electric) issues in flight. Many of these problems were a direct cause to the many reported crashes and resulting deaths of Pilots.

320 Production Models were delivered by The Vought Company. Although assigned to Operational Combat Navy Squadrons, The ''Cutlass'' was never flown in combat. Flown by one Pilot, The F7U was 40-feet long with a modified swept wing patter wingspan of 40-feet. Powered by Twin Westinghouse J46 (afterburning) Turbo Jets, capable of producing 4,600 IBF Thrust. Average airspeed was rated at 697-mph, with a 920-mile operational Mission range. The ''Cutlass'' operational ceiling was 40,000-feet.

Weaponry featured (4) 20mm Wing Guns, with the ability to support 5,500-pounds of Ordnance as well as (4) AA Missiles. Never exported to other Nations, the majority of F7U Fighters were lost in accidents. Only several (non flying) Models exist in Air and Space Museums in The United States. 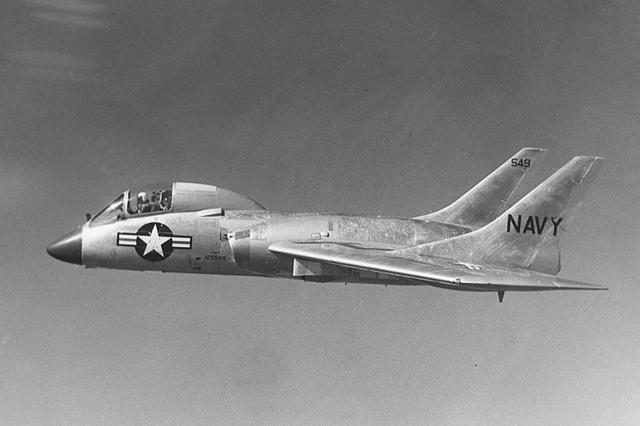