Also known as The MX Missile, The ''Peacekeeper'' was a Multiple Independently Targeted Re-Entry Vehicle (Rocket) System – which was deployed by The United States towards the end of The Cold War (1986). The MIRV concept was first experimented with by The US as early as the 1960s. The Peacekeeper Missile (which was land launched), featured a nose cone which held as many as (10) Warheads inside. The primary goal of The PGM-118 was to target and strike then Soviet Russian ICBMs which were still in their silos. As such, the PGM-118 was also seen as a retaliatory ''2nd Strike Option. They were also known as ''Silo Killers''. The multiple warhead deployments ensured destruction of a target. Once the missile reached it's maximum azimuth point in the upper atmosphere, it would deploy it's payload. In concept, not only was a target totally destroyed, but the PGM-118 could be programmed to attack multiple targets.

Weighing close to 100-tons each, The Peacekeeper was 70-feet in length with a tube diameter of 8-feet. Propulsion was achieved by a 3-stage, solid fuel system with nearly 500,000 pounds of thrust. The PGM-118 had an operational range of over 7,500-miles. The delivery system supported Nuclear devices capable of 300-MT each. They could detonate via direct impact or by air burst. Like The Soviet Union, The Peacekeeper was one of the few nuclear devices which featured it's own Railway System. The ''Garrison System'' placed PGM118s in specially designed railway cars on restricted tracks, throughout The Country. This was to provide them with maximum survival during a ''First Strike'' scenario.

Replacing the aging ''Minuteman'' Defense Missile, The Peacekeeper System remained in service until 2005, regulated for decommissioning by The US-Russian SALT II Treaty. Their design and delivery system was incorporated into The ''Minuteman III'' Defense Missile (still in deployment. 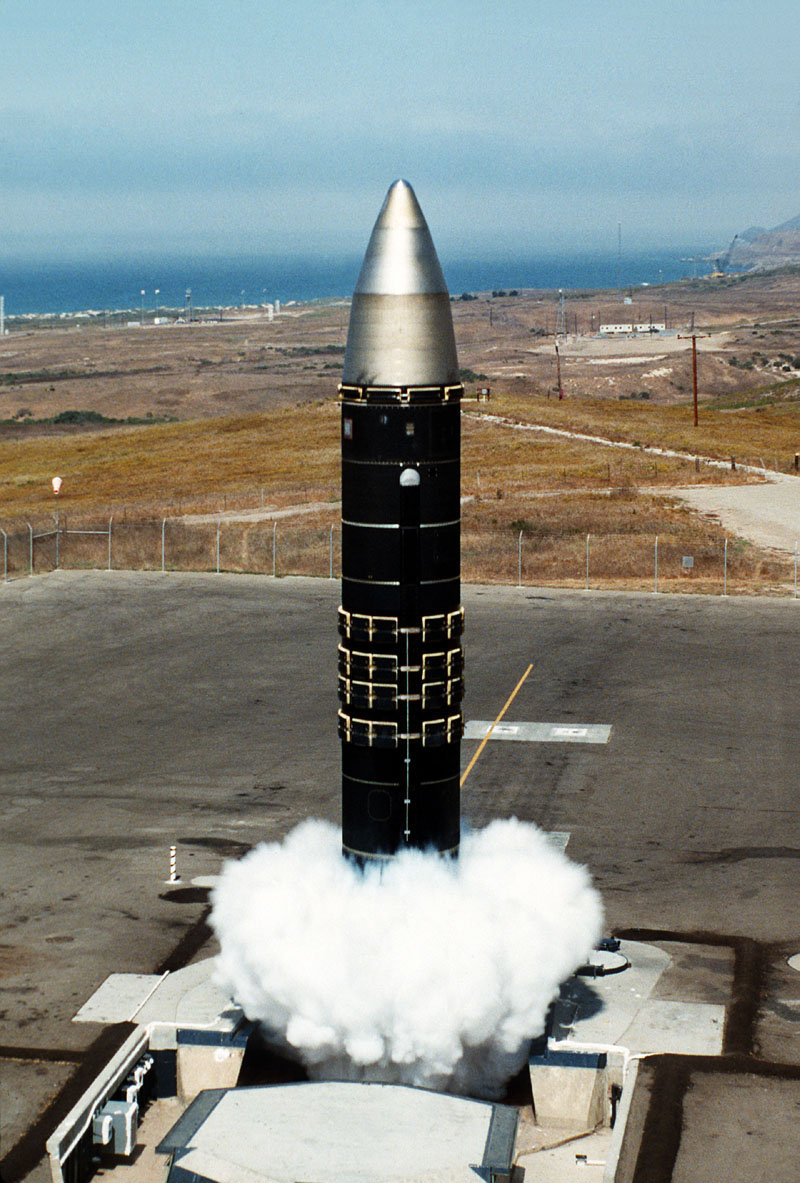