Deployed from 1958 to 1964 as part of The North Atlantic Treaty Organization (NATO) defense of Western Europe, The PGM-11 ''Redstone'' was the first US Missile to carry an “active'' Nuclear Warhead Device in The Pacific Ocean Test Code named ''Hardtack''.It was also the first live test witnessed by Chief Engineer Wernher Von Braun. A Short Range Missile, The PGM-11 was 65,000-pounds. It was 70-feet tall with a diameter of 6-feet. The ''Redstone'' was fixed Launched from a Ground (non-Mobile) Platform. Known as The US Army's ''Workhorse'' (at a time when The US Army was responsible for America's Strategic Missile Defense), it had an excellent Launch History.

Capable of Mach 5, it was propelled by a combination of Alcohol, Hydrogen Peroxide and Liquid Oxygen. Combined, the chemical weighed nearly 40,000-pounds. It could achieve a range of 200-miles. The ''Redstone'' supported a 3.5-Megaton Warhead. The PGM-11 would be replaced by larger yield Warheads and more compact Missile Systems. Another claim to fame for The ''Redstone'', what that it was used to launch Australia's First Orbital Satellite into Earth Orbit. 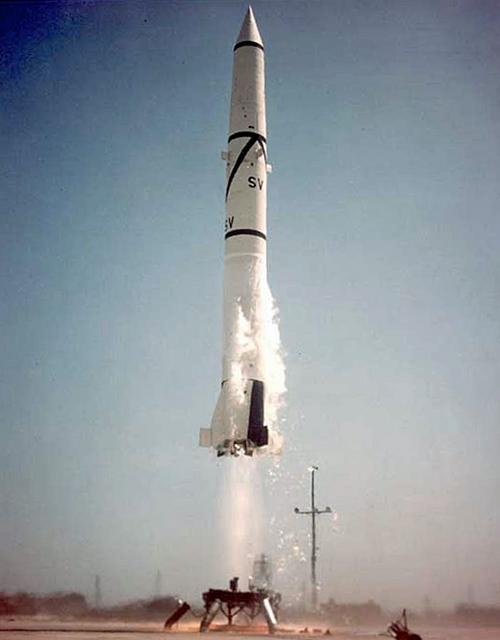