The joint venture North American-Rockwell OV-10 ''Bronco'' – was a light attack fighter plane developed in 1963. The Bronco was envision to solve the problem of creating a short take-off aircraft which might be deployed to forward positions within enemy territory. As such The Brinco could take off from very short runways and land the same. Before The Vietnam War, The OV-10 was adapted by The US CIA for counter-insurgency operations, mainly in observational reconnaissance and emergency supply drops. At the start of American involvement in The War, The Bronco was shown be be invaluable for forward deployed Base Camps. The OV-10 could carry up to 3-tons of munitions (developed after the start of hostilities).

Crewed by (2), The Bronco was 44-feet in length with a 40-foot wingspan. It was powered by twin Garrett T76 turbo-props. It could generate over 1,000-HP per each engine. The maximum speed was rated at 288-mph. The OV-10 had an operational ceiling of 30,000-feet. The OV-10 was normally deployed with (4) M60 7.72mm Machine Guns which were wing mounted. It also featured a single 20mm Nose Cannon. Other munitions included underwing mounted 2.75-inch rockets or AIM Sidewinder missiles. In this deployment package, The Bronco was used in close ground support operations. There were (6) variants produced to total 360 aircraft manufactured. Although phased out by The US Military in 1969, many other Foreign Nations purchased The Bronco for their Air Forces. The last such version was still in use around 1995. 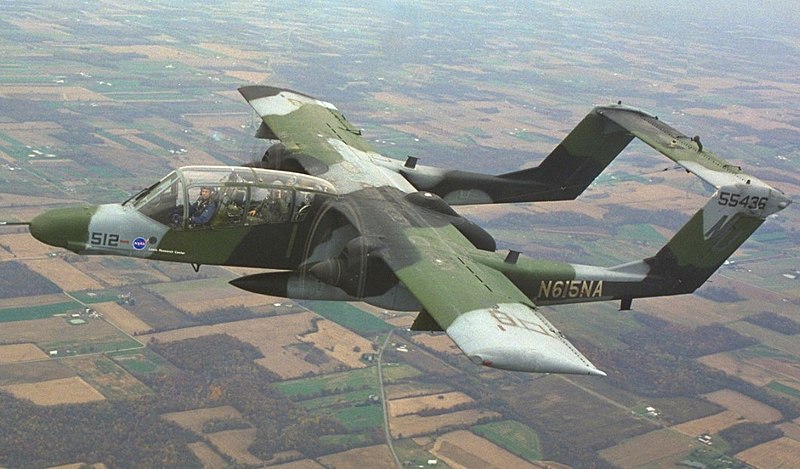