Formed in 1972, The US Navy's Fighter Squadron 1, nicknamed ''The Wolfpack'' – they were based out of US Naval air Station Miramar (California). They were the first US Fighter Squadrons to be deployed with The F-14 ''Tomcat'' Fighter Jet. Seeing combat service in the later years of The Vietnam War (with The USS ''Ranger'' Aircraft Carrier Battle Group), ''The Wolfpack'' were responsible for providing air support (cover) during The Evacuation of Saigon (1975). Later, they served as an Interdiction Unit for several early ventures into The Middle East and Africa. Stationed with The USS ''Enterpise'' Aircraft Carrier Battle Group in The Western Pacific Fleet, they would be re-assigned to The USS ''Kitty Hawk'' Carrier Group in 1982. It was during a Far East ''Team Spirit'' Training Mission that ''The Wolfpack'' were deployed when a Soviet Submarine accidentally impacted with The ''Kitty Hawk''.

Re-deployed to The ''Ranger'' in time to participate in Operation: ''Desert Storm'' (1991), a Squadron Fighter claimed an Iraqi ''Hit'' (Attack Helicopter). With The Operation ending that night, The ''Wolfpack'' is credited with having the last ''kill'' of that Conflict. With The ''Ranger'' being decommissioned in 1993, Fighter Squadron 1 was returned to NAS Miramar. The Squadron was deactivated in October of that year. 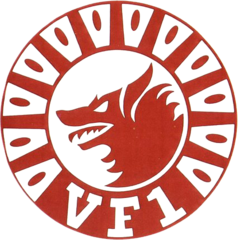