The Lockheed P2 ''Neptune'' was first deployed with The US Navy in 1947. They would be a particularly long lived Aircraft, being retired from Military use in 1984. The P-2 was originally envisioned as a Cold War Era Anti-Submarine Warfare Fighter, not only being land based – but also Carrier launched. In addition, The ''Neptune'' P-2 was also styled at one point – as a ''Stop Gap'' Nuclear Bomber. The P-2 was indeed a true ''Multi-Purpose'' Aircraft. Used by The Navy during The Vietnam Conflict as an Electronic Surveillance Platform, variants of The P-2 (Modifications) would be tasked by The US Central Intelligence Agency (CIA) for various Covert (Black) Operations. These were ''rumored'' to have been over China and Taiwan in the 1950s-1960s. The P-2 made navigation-endurance History in 1946, by setting an 11,000-mile record without needing to re-fuel. It served as a testament to the reason The ''Neptune''.

Exported to several other Countries in their National Air Forces, although retired from US Service in 1984, The P-2 would go into civilian duties as an airborne Firefighting platform. Supporting a Crew of (9), The P-2 was 92-feet long with a wingspan of 104-feet. Powered by a unique multiple system of (2) Wright ''Cyclone'' Turbo (Propped) Radial Engines, each capable of producing 3,400-IBF Thrust. A supportive propulsion system of (2) Westinghouse J34 Turbojet Engine (3,700-IBF Thrust) for The P-2 Rocket Assist Take-Off abilities. The ''Neptune'' could achieve 360-mph with an operational ceiling of 22,000-feet. Typical Mission ranges were around 3,000-miles. The P-2 supported Pods (Wing applied) for 2.75-inch Missiles and could support 8,000-pounds of multiple Ordnance packages. 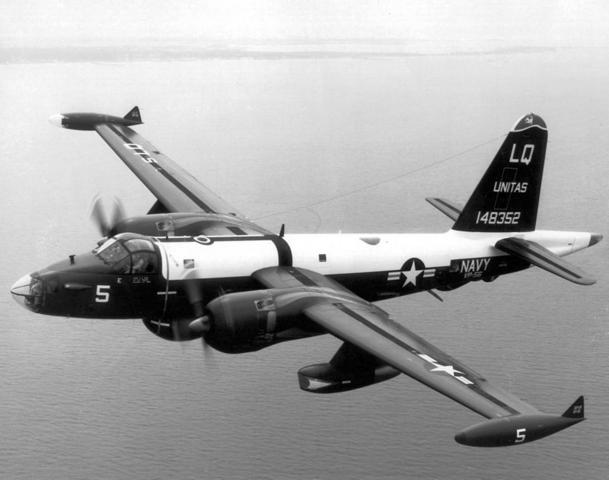