An all-weather Fighter Jet developed by Lockheed Aviation, The F-104 ''Starfighter'' was first deployed in 1958 with The US Air Force. Many ''seasoned'' Pilots disliked The F-104 due to it's poor safety performance. Nonetheless, The ''Starfighter'' would remain in US Inventory until 1972 (with many being regulated to various State Air National Guard Units). The last deployed F-104 Squadron was with The Italian Air Force, as late as 2004. Many F-104 Fighters were deployed to Berlin at the height of The Berlin Crisis of 1961 – as a ''show of force'' to The Soviet Union by then US President John Kennedy. Later, during The Vietnam War, ''F-104 Squadrons participated in many early air operations against The North Vietnamese Army. 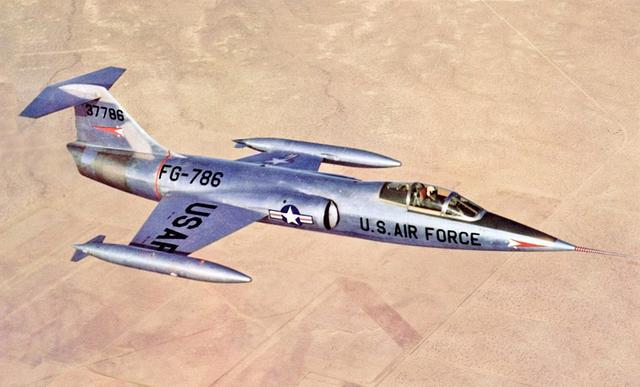