The Douglas A-3 ''Sky Warrior'' was a Cold War Era Strategic Bomber, first introduced to The US Navy in 1956. A Carrier-based Bomber, over (300) ''Sky Warriors'' were deployed on active duty until they were retired from service late in 1991. They were one of the more successful Carrier launched, full tactical air platforms used by The US Navy during The Cold War. Variants would be converted to electronic warfare platforms that were highly successful during The Gulf War of 1991.

The A-3 crewed (3). They were 76-feet long with a fixed swept wingspan of 73-feet. Powered by Twin Pratt and Whitney Turbojet Engines capable of 10-500 IBF of Thrust. Airspeed was rated at 600-mph. The Ceiling of The ''Sky Warrior'' was 41,000-feet with a Mission Range of over 1,800-miles. Armament was (2) Tail mounted 20mm Auto Cannon with the capability to support over 12,000-lbs of conventional Munitions. A-3 was also designed to carry a Gravity Deployed Nuclear Weapon. 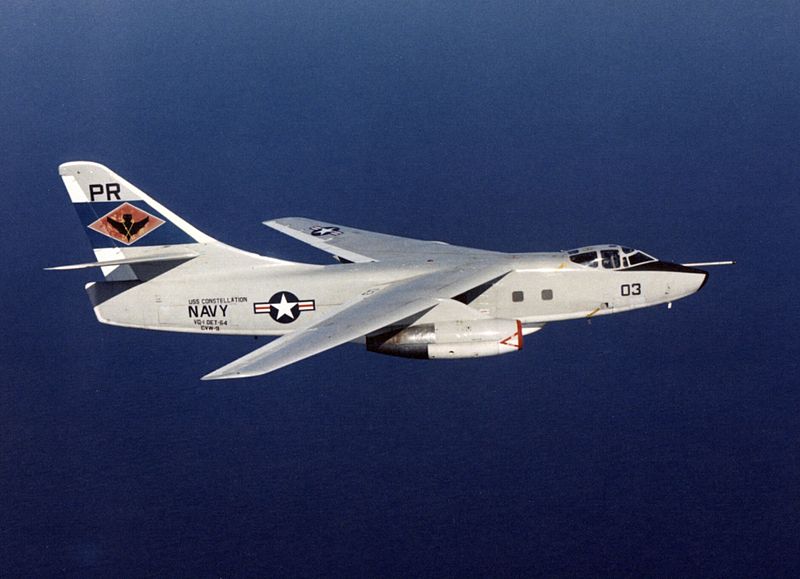