The ''de Fleury'' Medal (named for French Engineering Officer assigned to The American Army – Francois-Louis de Flurey) is a semi-official US Army Award, so authorized for specific wear by Members of The Corps. Of Engineers. Created in 1989 as a means of recognizing Engineer Officers and Enlisted Men, the Award was authorized for creation by Act of Congress. The various issuance ceremonies are performed one time per calendar year, and can only be awarded to and worn by Engineering Corps. Members. There is no official Ribbon created for general Dress Uniform wear. The Award is a neck attached piece of silk cloth, in Red and White colors (the official colors of The US Army Engineering Corps.) The actual Medal is available in (4) versions. These Medal Classes are Steel, Bronze, Silver and Gold. The Gold Medal version is awarded only to (1) Service Member how has so distinguished His or Herself in Service and Corps. Promotion. Traditionally, combat duties are not considered a requirement, but thru actions which are of supreme value to either Military or Civil needs. The Medal's Front (Obverse), features an engraving of a Classical Era Soldier (Armored), standing among the ruins of a Fortress. Over this image is placed the wording ''A MEMORIAL AND AWARD FOR COURAGE AND BOLDNESS''. On the Reserve of The Medal is engraved The Stony Point Fort, which was a Revolutionary War Colonial Defensive position which stopped (6) British Warships from their advance up The Hudson River in 1779. 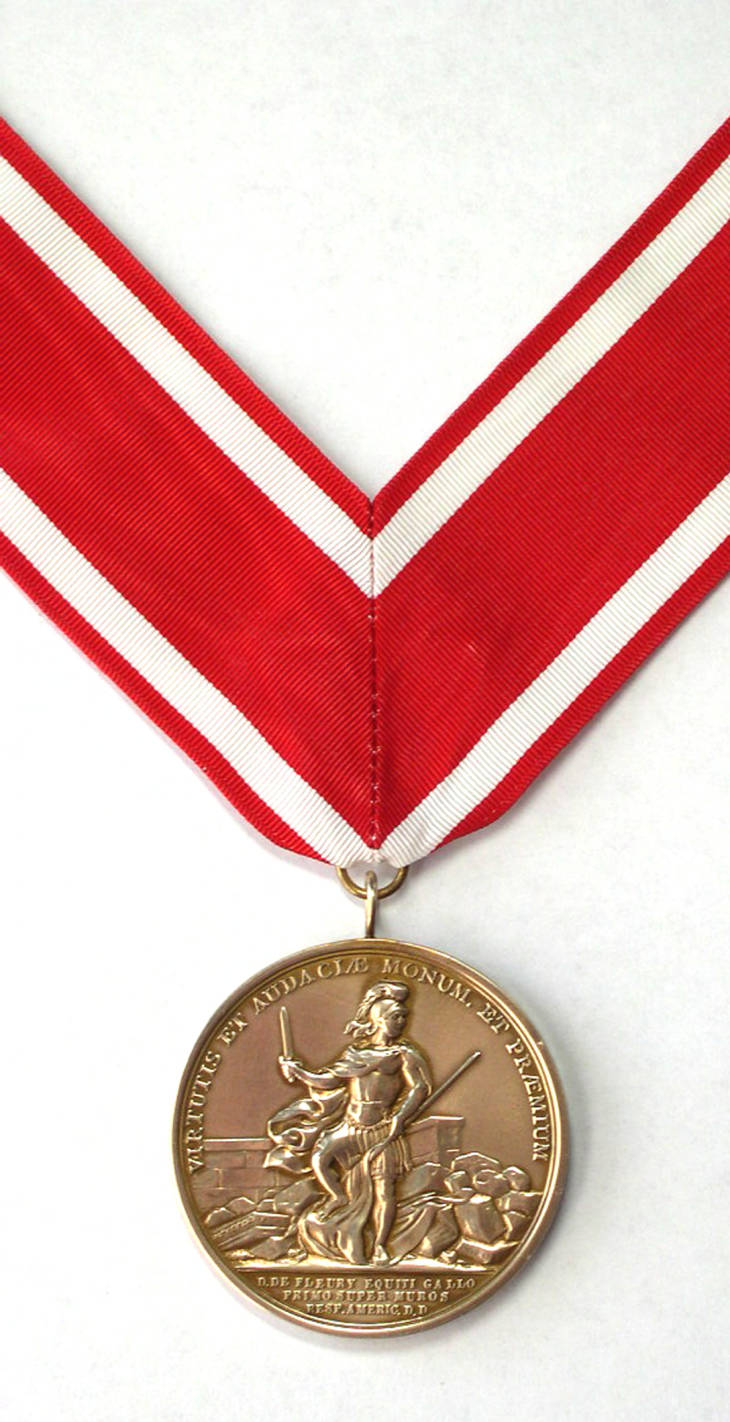