The 2nd US Infantry Division, also known as "The Indianhead", for their distinctive Patch, was formed during World War I in France. Made up of composite Units, The 2nd was also the only US Army Divisions ever directly commanded by a USMC General. The Division participated in 4 major Battles, including The Meuse-Argonne Campaign. The Division was awarded for it's heroism by the French Government with The Croix de Guerre Shoulder Lanyard  (which us still worn with the Army Dress Uniform by 2nd Infantry soldiers). The Division suffered over 2,000 casualties in World War I.

Deployed again to Europe in World War II, The Division. Fought on 5 major engagements. It's soldiers earned 6 Medals of Honor and has the highest combat award Medals (8,000) for Valor, than any other Division during The War. Again deployed into combat, this time during The Korean Conflict of 1950, The 2nd participated in the defense of Pusan, South Korean, during the Siege of that City. The Division earned no less than 18 Medals of Honor. The Division would remain Stationed in Korea, augmenting The South Korean Army and providing for defense of The DMZ between both North and South Korea.

Assigned for well over 50 years, the Posting was considered one of the "last" combat Tourist assignments for a soldier, due to the Border hostilities. In the 2000s, The Division was finally reassigned to Ft. Lewis, Washington State  (although several Battalions and Brigades still are Stationed in South Korea.  The 2nd Division was deployed to The Middle East in The War on Terror. It still serves in that capacity today. The Divisional Patch is considered the 2nd largest Patches worn. It is a Black, 3-pointed Crest-shape. Centered, is a large White 5-pointed Star. Centered with this, is a full-colored profile of a Native-American Warchief. The Division Motto is "Second To None". 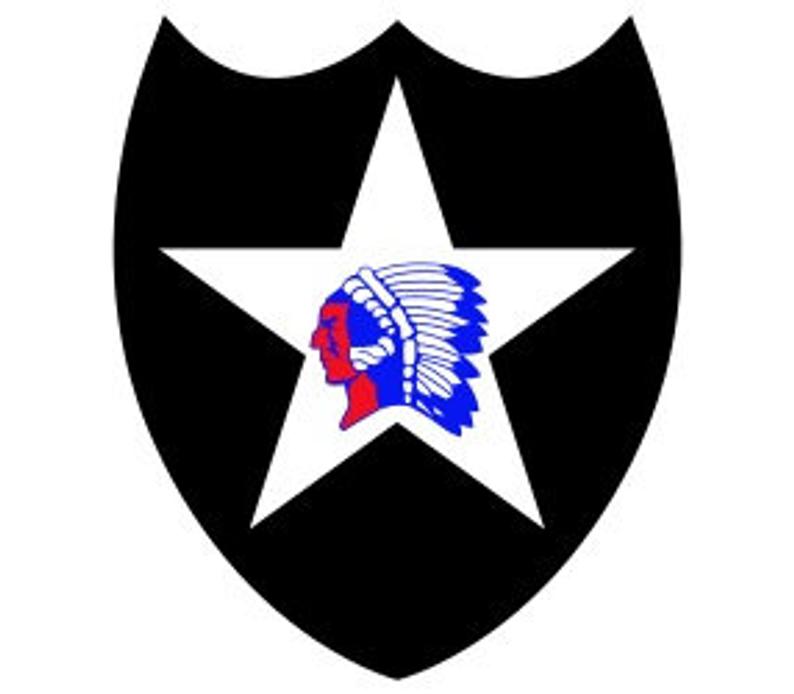