The US AGR-14 ''ZAP” (''Zero Anti-Aircraft Potential'', as it would eventually be Classified), was envisioned as a means of neutralizing potential Enemy Anti-Aircraft assets. The Missile was to be deployed via Attack Aircraft (Air to Surface). While a High Velocity weapon, capable of Mach 3, it's speed was it's overall undoing. In testing, The AGR-14 would fly too fast into it's target prior to detonation. It was designed to detonate at a timed altitude and release hundreds of Anti-Personnel Flechettes.

Initial testing began in 1967 – for use in Southeast Asia. Although modifications were done, The AGR-14 Program was scrapped (1969). Prototypes were solid-fueled systems, measuring 8-feet long with a 6-inch diameter. They weighed just under 170-pounds. These were ''point of sight'' Missiles without internal guidance systems. 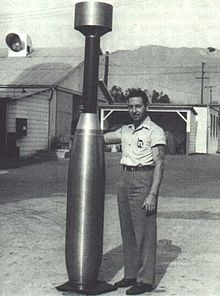