Seen around the 11th Century, Tower Houses, incorporated several defensive designs. Serving as a small fortified tower, mini-Keep and in some cases a fortified Estate, Tower Houses were seen in mountainous areas as additions to the larger Castles and fortifications (that may have been built in the region). Although not connected to a principle structure, Tower Houses were a form of outer defenses. Seen initially in Ireland and Scotland, their designs were seen throughout England, France and Germany at some point. They were easy and comparatively cheap to built (with regards to a full Castle). Often occupied by a wealthy local Lord or Government Official – Tower Houses could also be lightly garrisoned with troops (if needed). Various forms of Fortified Houses were used by The Order of Knights Templar in many of their regional outer defense forts in The Middle East during several Crusade Periods. Most often constructed out of stone with wood reinforcements, Tower Houses were Not designed to withstand concentrated sieges. 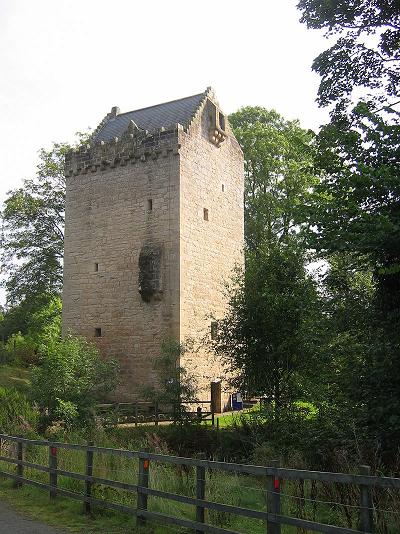