The Outlaw Tom Hodges (later as aka ''Bell'') is credited as being the first American Outlaw to orchestrate and successfully carry out – a Stagecoach Robbery. Tom was said to have been born in Tennessee in 1825. Tom was an unlikely a person to become an Outlaw as anyone – as He was a College graduated Physician! Bell joined The US Army in the 1840s and served in The Mexican War as a Surgeon. After The War, He traveled to California – trying His hand at Gold Prospecting (of which He was a failure). Tom fell back onto His Medical training – and worked on and off as a Doctor.

Bell may have also worked as a Gambler for a while. What moved Him into stealing is unknown. He was arrested in 1855 for taking Mules and was convicted and sentenced to jail. There, He met Bill Gristy (a known Outlaw and Robber). The two escaped Prison and set about on their most remembered criminal venture.

Travel through The West was done by Stagecoach mostly. Many Businesses transported monies (paper, Gold and Silver) under Guard this way (as it was cheaper than Train – of which Railways were still being built and not many extended far West yet (until 1867, when The East Coast was united with The West Coast in this fashion). Bell and Gristy planed to rob a Stagecoach (out of Firebraugh, California) which was known to be carrying $100.000 in Gold. The Robbery was a failure. In fact, in the exchange of gunfire, a Female passenger was killed and several Men were wounded.

Townspeople were angered. A large Posse was formed and in no time, Bell and Gristy were captured. Although a Sworn Judge led The Posse (a mix of some deputized men and some ordinary citizens), Bell was ordered to be lynched ''right then and there'' (without due trial). Tom Bell died in 1856 at 31 years, the ''Father'' of the first (although unsuccessful) Stage Robbery in The American West. 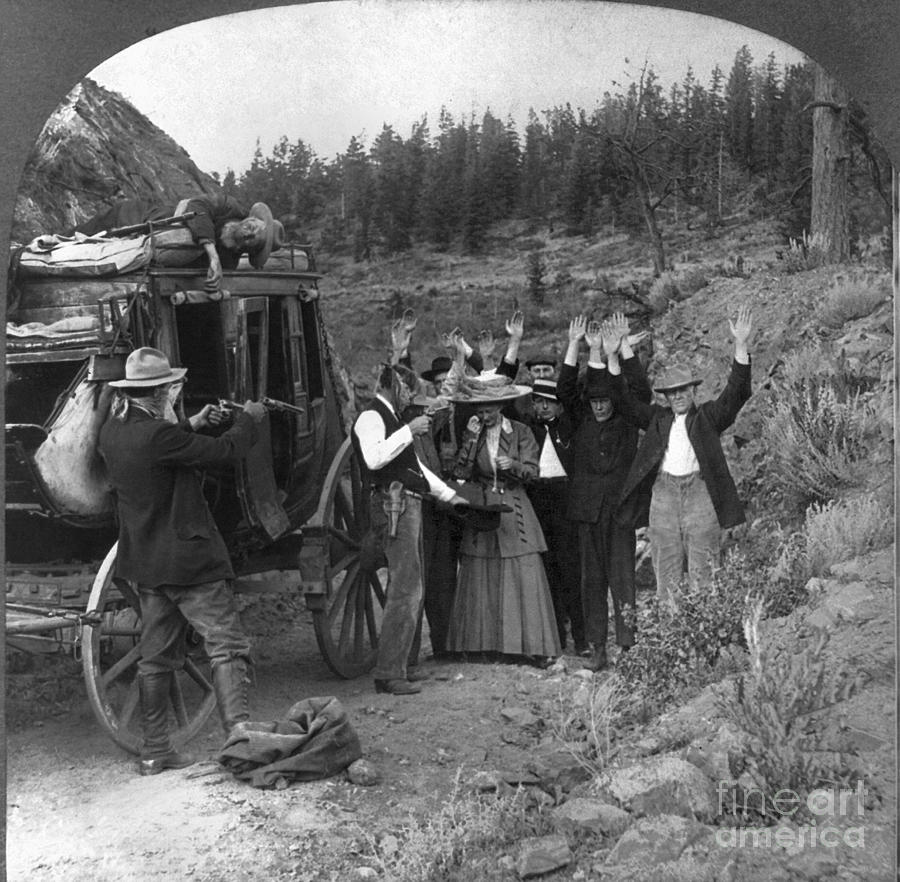