Born in Greenwood, Missouri in 1844, "Cole" Younger was one of seven children. He was especially close to his younger Brothers Bob, Jim and John. It was said Coles Father was a harsh man who beat him regularly. He ran away as a teen and joined the infamous Band of Confederate Guerillas "Quantrill's Raiders" at the start of The American Civil War. He later rode with "Bloody Bill" Anderson. No doubt Younger learned his future "trade" as Bank and Train Robber from his Guerilla training. Growing dissatisfied with The Raiders, Cole joined the "regular" Confederate Army  (but later deserted). He even "switched sides" when he joined a Radical Union Organization that espoused the establishment of Slavery and an end to The War by capitulation with The Confederacy  (very similar to The Copperhead Policy).

After The War, Cole went home and reunited with his three Brothers. They turned to a life and crime almost immediately. Calling themselves The Younger Gang, they were credited with the first daytime, Bank Robbery (Russellville, Ohio) - in 1866. Their exploits attracted several "admirers" named Jesse and Frank James. Known for their own "adventures", the two Forces combined to form the infamous "James-Younger Gang".

The Gang were successful Bank and Train Robbers, who garnered the wrath of the recently hired Pinkerton's Detective Agency (a self-styled private Police Force). They became the number one priority for The Agency in 1874. After careful planning an ambush of The Gang was orchestrated that same year (1874). This resulted in the death of one of the Younger Brothers. The Gang (severely wounded) escaped and split up.

Reuniting in 1876, The Gang attempted one last Robbery, the ill-fated Northfield, Minnesota Raid. Towns People (tipped off), set up an ambush as The Gang left the Bank. Colet and his surviving Brothers were badly wounded and captured. Jesse and his Brother would escape.

Pleading Guilty in order to avoid the Hangman, Cole was sentenced to Life Imprisonment. He was Paroled in 1901 for good behavior. Claiming to be a "repented" Christian, Cole attempted first - to write a book detailing his exploits, not as a Bank Robber, but a "Hero" Confederate! Failing at this, he attempted to form a Wild West Novelty Show (another failure). Cole Younger would die financially destitute in 1916. 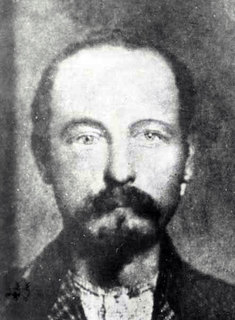