Known better to History as ''The Axis'', this was a Group of ideologically similar Nations who banded together for political and military reasons. A formal Treaty was signed between Germany, Italy and Japan in September of 1940. The Nations promised to support each others ideology up to and including defending each other should a Member Nation '' be attacked or have War declared upon it'' by a Foreign Power. Initially, The Soviet Union was considered (if only as a means of later control by Germany), but this plan was tabled before any formal negotiations went forward.

Many other smaller European Nations would join The Axis Powers. These were Nations who had begun to adopt many of the ideology of either Communism or National Socialism (as was a popular political move since the 1920s). Five such Nations would join. When War started in Europe in 1939, many of these Nations would in essence become ''Vassals'' of Nazi Germany and would supply Territories for Military Operations as well as small numbers of Troops.

While most of Europe was at War after Germany's brazen Invasion of Poland in 1939 (of which when Great Britain declared War on Germany, both Italy and Japan likewise declared War on them by Treaty). It was not until after The Japanese Attack on Pearl Harbor that – when America declared War on December 8th, did Germany and Italy declare War on The US. World War II was now begun in earnest. The Axis would naturally fall with the end of The War in 1945 (although many of the smaller Powers in Europe ''jumped ship'' earlier when the tide of The War in Europe changed in 1944). 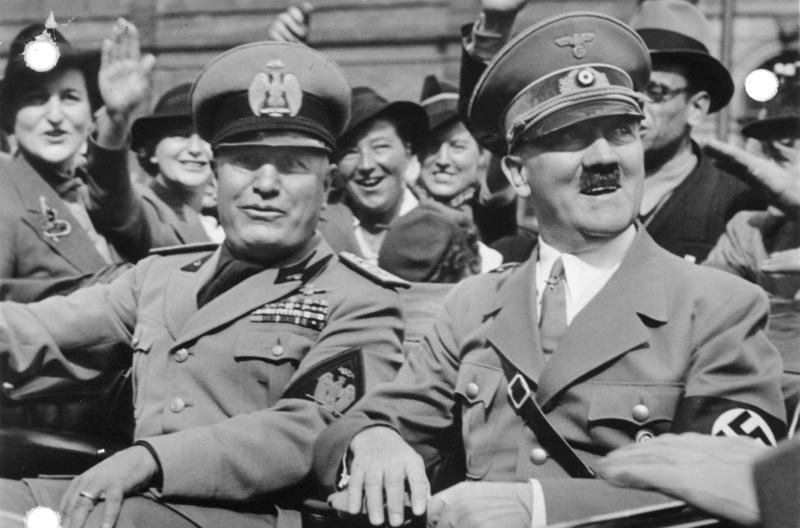