During The early Texas Republic (1838), scores of German born Settlers began to emigrate. As a form of ''self-protection'', many Volunteered to form a German-Prussian Force, known as The New Braunfels Volunteers. The Militia was Commanded by known other that German Prince Carl (himself a visitor to Texas turned ex-Patriate.

The Volunteers wore a form of Grey Frock Hunting Coat, devoid of embellishment. Grey Trousers were added. A type of Wide Brimmed Felt (or Straw Hat) was donned – to help with the near Desert heat and climate of the Texas Deserts. The Prince would leave His Command to return to Germany, leaving Baron Meusebach in charge.

Fighting Native Americans mostly, The Volunteers would continue as a ''private Militia'' until Texas was annexed into The United States. 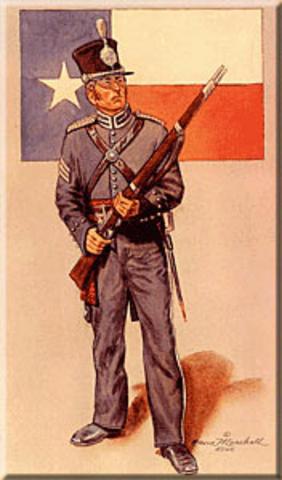