The Mayan Peoples are traced back to Mesoamerican to roughly 2,000 B.C. They lasted until The Spanish Conquests of 1697. Similar in many respects to The Aztec, The Mayan were a remarkable Peoples with regards to farming, religion and cultural values (seldom seen in early civilizations). During their Classic Period (250-900 AD), the population was around 120,000 peoples. Noted for their amazing stone Cities (built on a grand scale) – they equaled The Ancient Egyptians. Like The Aztecs, The Mayan could not withstand the Spanish Conquest of The New World (namely Firearms and Cannon). Previously weakened by natural calamity (drought, lack of viable crops), as well as political instability (wars over Royal Succession), the last Mayan City fell to The Spanish in 1697. The following series of Articles will outline The Mayan Empire's Military and it's weapons. 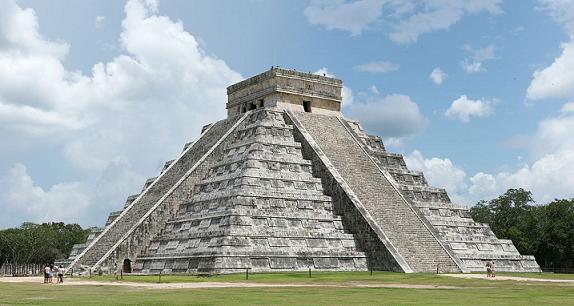