The Lwow Eaglets were an off-shoot of a Polish Partisan Fighter Group, raised during The Polish-Ukrainian War of 1918-1919. The war developed between the two Nations of Poland and The Ukraine as a result of ethic and political differences. A Polish onclave resided in Galicia and found themselves surrounded and isolated from Military assistance. The local population was sorely depleted of men (due largely to recent loses in World War I). As a result, much of the Polish Resistance Forces formed were Women and young Children. Even more poorly equipped (with anything that could fire a bullet), many times The Force resorted to improvised explosives and ambush tactics to engage Ukrainian Forces. Most of their combat occurred within woods, forest and mountain passes (''cut and run'' tactics).

Nicknamed ''The Eaglets'' in reference to The Polish National Emblem of The White Eagle, they sustained many casualties – with and average age being 14 years old. Boys and Girls both fought. They had no uniforms to speak off and carried no flag or standard. It is speculated that as many as 200 children soldiers may have died in the Conflict, but exact numbers are unknown. 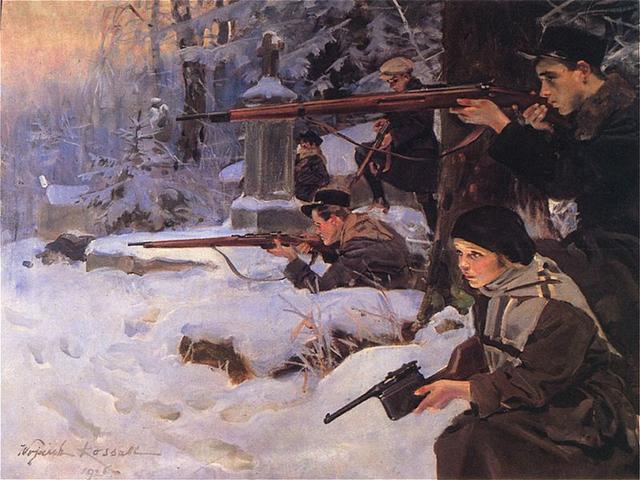