Few Events in US History have garnered as much  “curious” attention as did the Family feud  between The Hatfields and McCoys. The “shooting War” which erupted between 1863 and 1891 has spawned many songs, books and films. Many reasons for the feud has been given to explain why two Families would turn to bloodshed to resolve their differences. The following is a glimpse into the colorful (if not painful) events which came to be known as “The Feud between The Hatfieids and The McCoys”.

PROBABLE BEGINNINGS:
The Hatfields were native to West Virginia (then still part of The State of Virginia proper). Although “Hill People”, they were affluent and industrious types, who had access to ample timber and water rights. As such, they made a thriving business from the two. The MCoy Clan were not so much. Simple subsistence Farmers who augmented their poor crops with the production of illegal distilled alcohol (“Moonshine”), they were neighbors to The Hatfields in nearby Kentucky. The Family Patriarch – William Anderson “Devil Anse” Hatfield knew of McCoy Family Head Randolph “Ole Rand’l” McCoy. Legend often tells that Hatfield had “designs” on a local Girl (as did McCoy). It was McCoy who “lost out” and in this began the “bad blood”.

With The start of The American Civil War of 1861-1865, The Hatfield’s and McCoys sided with The Southern Confederacy, and as with most Families lost their family share to The War. All that is save Asa McCoy – who fought for The North. “Devil Anse” (too old to serve) headed a local Home Guard. In 1863, young Asa was wounded and sent home. Legend states that the returning “Yankee” was shot dead by The Guard under orders of Hatfield. Later, he stated that he was “sick” that day and the order was given by his Cousin, James Vance. Regardless, from this point forward – Hatfields and McCoys began to fight. Although no one had been killed or maimed – fistfights and brawls were common to the area.

THE “AFFAIR OF THE HOG”:
In 1878, after many years of bickering, arrests and property damage – the two families were brought together (mostly under the urgings of both sides Women). A large cookout was the order of the day, with The Hatfield Families providing a large Hog (Pig), for roasting. Alcohol flowed freely and for the most part, both Families were “cordial”. However, some of The McCoy Men noticed that the Hog had “notches” on it’s ears, similar to McCoy markings. “Notching” involved the cutting of a Pig’s ears in different patterns so as to be recognized by others, if the Pig escaped from it’s pen. The Hatfield’s stated firmly that it wasn’t. A fistfight renewed and soon, both side had to be broken up by Law Enforcement. A local Judge (a Hatfield), ruled in favor of The Hatfields. For weeks the “feud of The Hog” raged, until at a local Saloon – again drunken Hatfields and McCoy Men fought over the issue. Determined to stop any killing, it was decided to have a wrestling match. Ellison Hatfield (a 6-ft strapping Man), bested (3) McCoys. Angered, the (3) held Ellison down and stabbed him (mortally). Law Enforcement took the (3) into custody, but “Devil Anse” had no faith in their justice – when it was learned that they would be taken back to Kentucky. He formed a Posse of Hatfield Men and forcibly took The McCoys. “Devil Anse” said he would be more than fair giving the circumstances. The (3) McCoy Men would remain in  his “custody” safe. IF Ellison died, then He would dispense “justice”. If Ellison lived, He would bind them over to a West Virginia Magistrate. Ellison died of his would several days later. The McCoy Men were allowed to see their Mothers and then marched into the nearby Woods. Each Man was shot 50 times each. The official “shooting War” had begun.

WAR IS DECLARED:
While most Locals had no issue with this form of “Mountain Justice”, both Families took every opportunity to try and kill each other. Both had large and substantial extended Families and good Friends, while increased both sides “Army”. Local Police were well understaffed for the task, and owing to the expertise of knowledge of the many Hills and Valleys by both Hatfield and McCoy – no one really wanted to go wandering around their “battlefield”. Due to his success in business, “Devil Anse” used his business and political connects to hire many Bounty Hunters and Killers. Many McCoy Men had existing arrest warrants for their illegal Moonshine operations. Most were either killed or never seen again.

A “HILLBILLY” ROMEO AND JULIET:
Strangely in 1880, an incident happened which all though may end The Feud. Roseanna McCoy fell in love with Johnse Hatfield. The took met secretly and  were eventually married. A child was soon conceived. Although initially not accepted, the “cold” had begun to “thaw”. That is until Johnse decided to “take up” with his Cousin and got HER “with Child”. He left his pregnant Roseanna. This caused several McCoy Men to hunt Johnse down and to beat him to within an “inch of his life”. Angered, Johnse informed against several McCoy Moonshine production facilities. This was seen as a betrayal. As a result, a bloody reprisal was planned.

THE NEW YEARS NIGHT MASSACRE:
The night of 1880 found Randolph McCoy, his Wife and (5) children ranging in age from infant to teen (daughters), at home and fast asleep, when a large Posse of Hatfield Men surrounded the cabin. Setting it afire, The McCoy’s came running out. McCoy’s wife was beaten so badly, that she had mental issues the remaining span of her life. Several McCoy children were killed with Randolph managing to escape into the cold, losing another child to the freezing weather. Revenge was called for.

THE BATTLE OF GRAPEVINE CREEK:
The “War” cumulated in 1889 at Grapevine Creek, West Virginia. A large contingent of both McCoy. Hatfield and their related supporters formed “battlelines”. In a scene similar to the recent Civil War, both sides fired and advanced on each other’s positions. However, The McCoy side faltered and The Hatfield’s held “the day”. Several were killed on both sides, many wounded and some taken prisoner.

CONCLUSION:
Taken into custody, some of these McCoy prisoners were eventually charged for their roles in The New Years Night Massacre (including old Jim Vance, who started the Feud, of sorts). One McCoy was hung and the others given lengthy prison terms (Vance died in Prison). Although “unofficially” over by 1891, bodies of McCoys and Hatfields, turned up for generations. It was in 2003 that 60-odd descendants of both Families came together and signed a formal Truce to end almost 140 years of warfare. 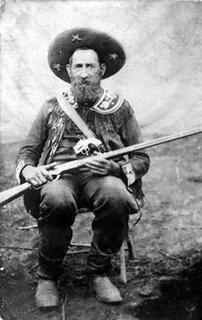 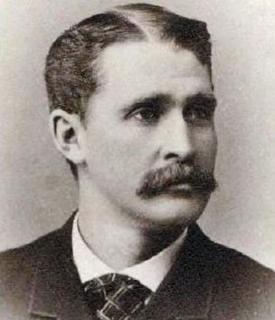