The Great Tower of Neuwerk

Neuwerk Tower, also known as ''The Great Tower of Neuwerk'' is a 14th Century defensive Tower, built off The Coast of Hamburg (Germany), on Neuwerk Island. Classified as a ''Norman-Style'' construct (squared), the 1310 AD Tower has served in many functions over the Centuries. Originally used to protect Shipping leaving The Elbe River for The North Atlantic, Neuwerk Tower ''fought off'' Pirates and related attacks. Made of regional stone, it took roughly 5 years to complete. Measuring 128-feet in height, The Tower also served as protection for Shipwreck survivors (17th Century AD) – when the Tower was not regularly Garrisoned or kept. In the 18th Century AD, Neuwerk served as a Lighthouse, an role that it held for over 200 years, before being shut down in 2014. It is one of Hamburg's (who claims The Isle of Neuwerk) oldest free standing structures. 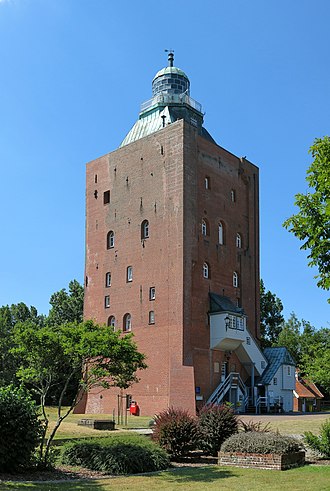