While most would cite The King James Bible of 1611 AD as the first Protestant Bible (Non-Vulgate, or ''Common'' Bible'', The ''Geneva'' Bible pre-dated it. Published in 1560 (after a 3-year compilation), The ''Geneva'' Bible was cited by Shakespeare, Cromwell and even Colonists of The ''Mayflower'' Expedition to The ''New World'', brought with them a copy of The ''Geneva''. Heralded as the first ''mechanically printed'' Bible, this process of printing would allow a Bible to be owned by anyone who could afford one (something which was both cost prohibitive and educationally voided, by most).

The ''Geneva'' Bible also featured for the first time, a scriptural ''study'' guide (something which is seen as common in today's printed bibles). This allowed for the average ''rank and file'' to begin to study and better understand The Bible – without the need to be ''told'' or ''educated'' by a Priest. The ''Geneva'' also featured the first woodcut illustrations up to that point. The name come from early Protestant expatriates to Geneva, Switzerland (a Protestant Nation), who fled there from England during the reign of ''Catholic'' Queen Mary I. Freed from possible death sentences resulting in the practice of their religion, these Scholars began to compile an accessible form of Holy Bible – for all. The ''Geneva'' Bible would go one to become the most widespread produced and read Holy Scripture of The English Civil War – remaining so until 1715. Various examples have survived the Centuries and can be found in several European and US Museums today. 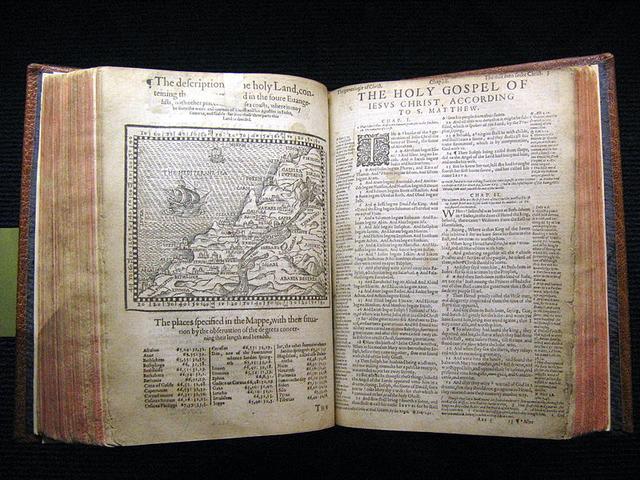