Considered by some as the first ''practical'' and workable submersible Device or what would later be termed a ''Submarine''. The idea for a working underwater Fighting Vessel was a passion of Dutch Inventor Cornelis Drebbel. In addition to his idea for a viable submarine, Drebbel contributed to the advancements of Measurements, Optics and Chemistry. Although many cite that Drebble was influenced by the works of Michaelangelo, his Vessel – which would be named after him, The ''Drebbel'', was financed by The English Navy in 1610. It took Drebbel from 1620 to 1624 to construct his contraption.

The original had long since vanished, but a 2002 reconstruction of The ''Drebbel'' was constructed from the original plans. This version was 15-feet long and made of wood. The interiors were pitched so as to make the vessel more or less water tight. Test of the vessel show that the Oars were retractable, and the ports could be sealed. A depth test had ''Drebble'' achieve 15-feet. Perhaps the vessel could have been eventually weaponized by use of a Spar Torpedo or even perhaps a ''Hull Screw''. Given the advanced in 17th Century warfare, ''Drebbel'' could have revolutionized Naval warfare many centuries earlier than it did. 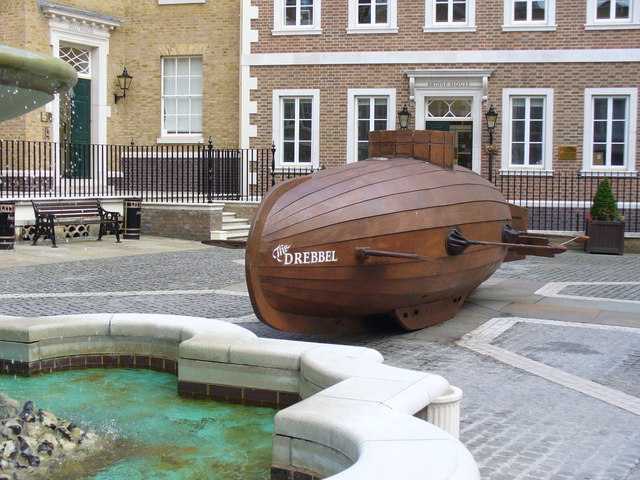