The Covenantors were a 17th Century AD quasi Political and Protestant Sect that originated in Scotland. They would spread to a lessor degree into Ireland and England as well. Their name ''Covenantor'' was derived from their strict observance of Old Testament (Biblical) tenants established between ''God and His People''. Religiously, The Covenantors were Anti-Catholic and as such resisted any form of Government which supported that religious belief. They therefore supported a strong Protestant ''King'' and Government. They were instrumental in not only much of The Scottish Wars of succession, but later in The English Civil Wars.

Many Covenantors formed Military Militia Units in support of their ''chosen'' Protestant King. This was evidenced in The Williamite Wars of the 1680s. Many would later be associated with The Orange (Irish Order) of Protestants, with many immigrating to America in the late 18th Century AD. By the 1840s in Europe, Covenantor's had all but died out of their original Tenants and assimilated into other Orders (both benevolent and political). 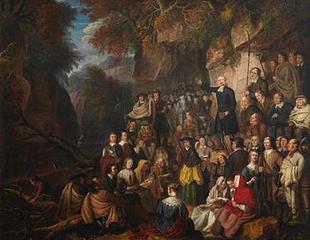