With construction beginning in 1872 and Her launching in 1882, The French Ironclad Warship ''Courbet'' was a modern ''battleship'' of the late 19th Century. In reality, ''Courbet'' was more of a Floating Battery Ship, but such Vessels were often referred to as ''Battleships''. Originally, She was christened The '' Foudroyant'', ''Courbet'' was part of The ''Evolution Squadron'' or ''Modern Ships Squadron'' based near Toulon, France. ''Courbet'' never saw active combat (for what She was intended). As an ''Ironclad'' Vessel of the late 19th Century, She was of wooden Hulled construction with iron plating placed over. Her Deck Super-structure was steel with wooden Decking. A Steam Ship, ''Courbet'' still maintained a Mast deployment capable of Full Rigging, if needed. 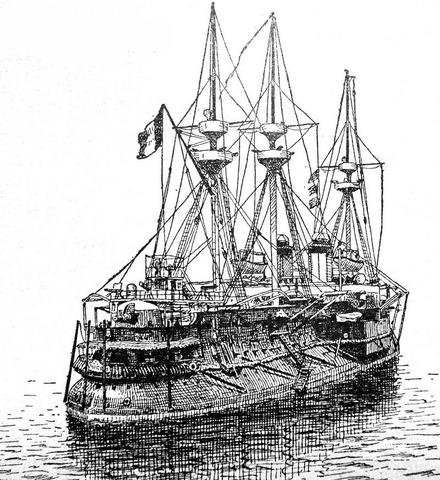