The ''Berlin Blockade'' and subsequent ''Berlin Airlift'' was a Multi-National response to The Soviet Union's attempt to restrict all NATO attempts at supplying West Germany, between 1948 and 1949. The conflict began after Germany's surrender in 1945. The entirety of The Country was split into Political ''Zones'' of Control, between The United States, Great Britain and The Soviet Union. In short, Russian influence controlled what was named ''Eastern Germany'' – while NATO Forces controlled what was deemed ''Western Germany''. Access into Western Germany could only be done thru Soviet Controlled roads and checkpoints. While often ''harassed'', Soviet Forces allowed free access of food, medicine etc. However, when Russia ''authorized'' a new form of German Currency (perhaps to undermine future NATO agreed to created funds for a future reconstruction of Germany), British and American Authorities ''created'' their own.

These monies were based on related Gold and Silver Reserves and almost immediately cause ''Eastern Germany'' to procure the more stable money. Angered that this was an attempt by NATO to eventually wrest control of Eastern Germany from Soviet Control, in June of 1948, all Land and Water approaches into Western Germany were closed to NATO. Very quickly, food and medicine shortages began. After many months of attempted talks to ease the situation, Allied Forces came to the ''Humanitarian''approach to re-supply Western Germany....Aircraft. The ''Berlin Airlift'' was the non-stop Military Supply of Western Germany by Air. Over 250,000 ''Runs'' were made, flying over Soviet Controlled Zones.

Some felt that IF Soviet Forces were so inclined, they may ''shoot down'' Aircraft deemed ''threats''. Hence, no Support Fighters were assigned, only Cargo Transport Craft, were used. Seeing the uselessness of The Blockade, and not wishing to precipitate a full scale War, The Soviet Union lifted it's restriction in 1949, allowing for the importation of food and medicines into Western Germany. 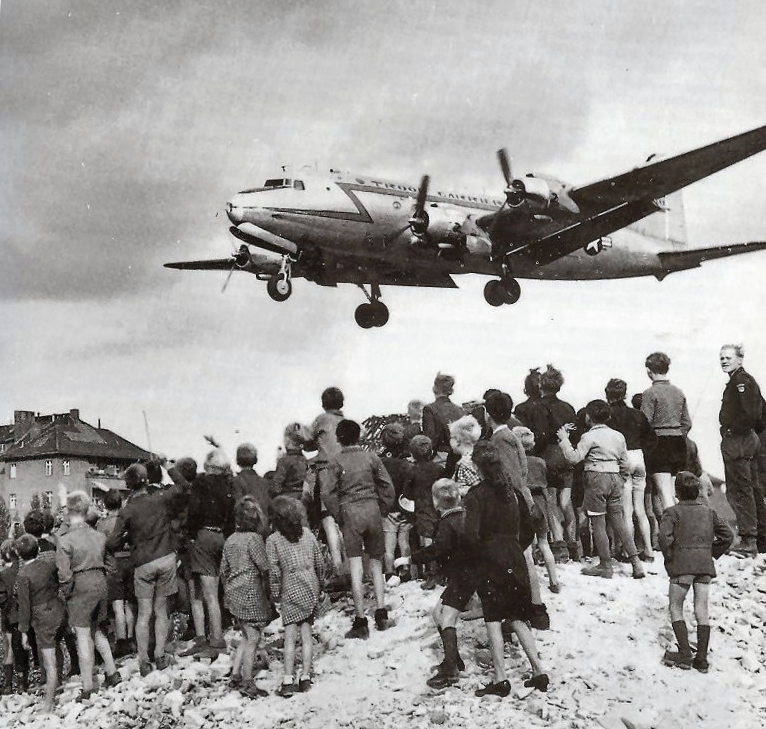