The Battle of Edge Hill

The initial battle of The First English Civil War, it was fought on October 23, 1642. The Royalist forces of King Charles I (England) were commanded by Prince Rupert with roughly 12,000 men. The Parliamentarian forces, numbering 15,000 troops were commanded by the Earl of Essex. Named for a prominent hill that dominated the region, Edge Hill is located near South Warwickshire, England.

As bad as their position was the Royalist kept fighting. After several hours, both sides withdrew on their own accord. The Royalists loss only 500 dead (as did the Rebels). Both side would claim a resounding victory. 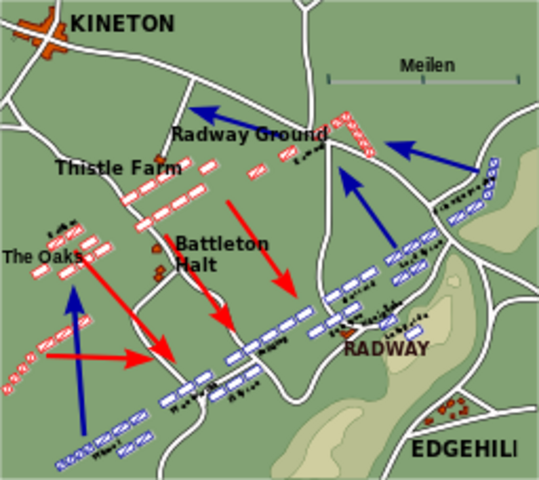