Technically seen as an early National Guard form of Award, The Texas Cavalry Medal is one of the few Non-Government issued Medals or Awards created by Local Authority and awarded as such. The State of Texas raise several Cavalry Regiments for the overall protection of The States Borders, due to incursions by Mexican Outlaw Bands, towards the end of World War I (1917). It was one of the few Medals that could be worn should a Guardsman enter Active Duty Service (included with Active Service Awards).

The Front of The Medal shows an engraved Bluebonnet Flower (The State Flower of Texas). The Inscription above and below this image reads ''Awarded By Congress For Service'' following ''Texas Cavalry''. The Rear of The Medal shows an engraving of The State Coat of Arms and a Lone Star image. The year of Service (1917 to 1918, depending on Service), was also placed. The Ribbon of The Award is (2) large Yellow Stripes, with (2) smaller Green Stripes centered with a single White Stripe. The Medal and Ribbon is now defunct. 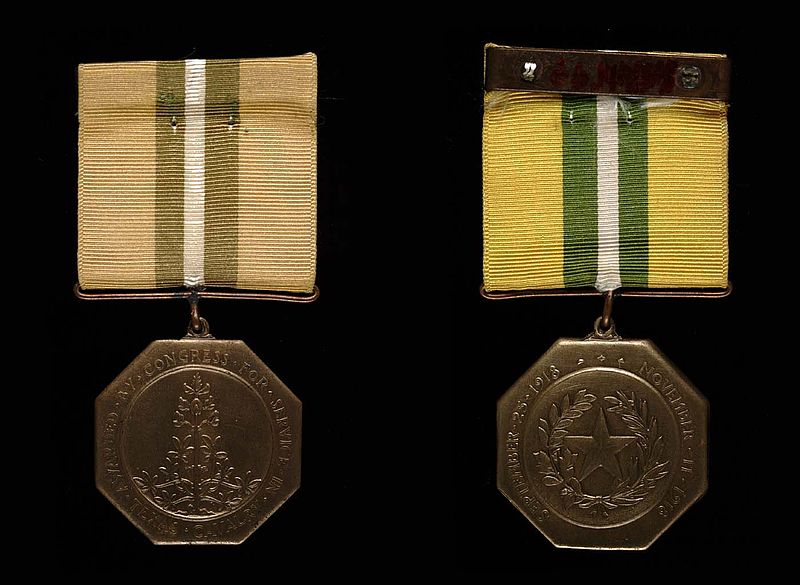