The ''Tankette'' was an Small Armored Vehicle, often half the size of a Medium Tank – used for close Infantry Support, often when it's larger ''Brothers'' were not available. Prototype designs were begun in the 1920s and 1930s. By the start of World War II, very few were deployed – due in part to the development of accurate high-velocity Artillery Shells (of which the smaller Tankettes were easy ''prey'').

The German and Imperial Japanese Armies still used Versions for specialized Missions during World War II. The British and US Military's abandoned their Tankette Projects.

A typical ''Tankette'' was roughly 1-ton in weight and seldom exceeded a length of 10-feet. Width ranged from 5.5 to 7-feet. They supported (2) Crewmen (A Driver and Gunner). Armor ranged from 0.5 to 1-inch. A Tankette was Diesel Engine (4-cylinder) powered using traditional Treading (Tracks).

While some supported 5-pounder Guns, many were simply armed with Heavy Machine Guns (found to be more supported when used for Infantry Support). 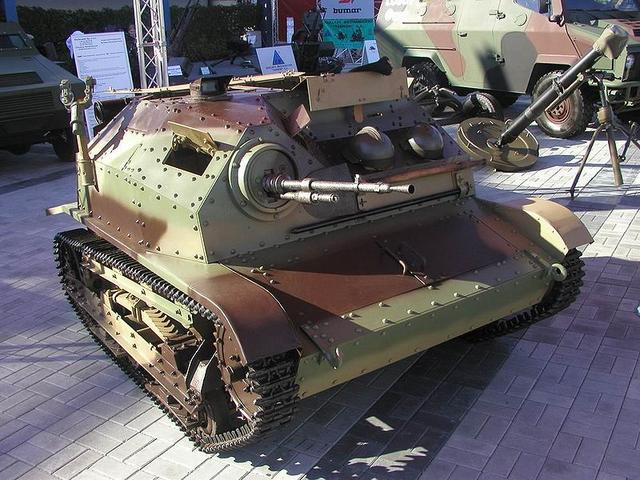