The Soviet Fighter Jet known as The Yak-17 (nicknamed ''Feather'' by NATO Forces), was a 1st Generation Soviet Fighter first deployed in 1947. While seen as an early Homeland Air Defense Fighter, The Yak-17 quickly evolved into the primary Jet trainer for The Soviet Air Force. Variants were shipped to The Peoples Republic of China, as well as other later Warsaw Pact Nations. Crewed by (1), The Yak-17 was 28-feet long with a non-swept wingspan of 30-feet. They were powered by a single Kilmov RD-10 Axial-Flow Turbo Jet Engine which produced 2,200-IBF Thrust. Airspeed was rated at 460-mph and The Yak-17 had an operational ceiling of 12,000-feet. Initial (non-training) Armament included (2) 23mm Auto-Cannon. As these Fighter were considered Air to Air assets, no Ordnance packages were ever developed. Over 400 Production Models were made, with it;s role as primary Jet Trainer in The Soviet Air Force lasting to 1960. 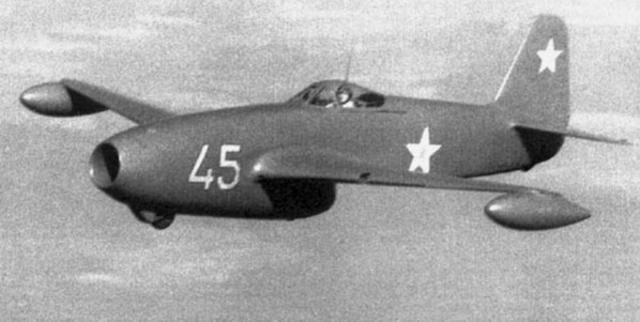