The term “Slaver” or Slave Ship was not a type of ship, but a classification thereof. Slavers were used for the transportation of slaves across large bodies of water. As such, larger Ships were often used. Whereas no specific Ship was constructed as a “Slaver”, they were procured. Schooners and Frigates were both popular types used. Size mattered. This was a matter of practicality. Simply the “more” Slaves, the “more” financial gain. Normally when purchased, a Slaver was modified for use. In a typical 3-Deck Vessel, 2 such were stripped of all interior structures. Crew Berthing Quarters, Stores, all were removed to the Upper Deck. Suitably altered, large long bays were now available. Height was left at 6 to 8-feet, as was the width of the Ship.

In early 15th Century Slavers, most of The Crew had to sleep on The Main Deck. The Captain of course, maintained his Cabin. Later, by the 18th and 19th Centuries – a single Deck was used for The Crew and all other provisions. As with The Atlantic Slave Trade, a typical Slaver transported up to 200 Slaves. They were placed into the long modified Decks on their backs or in a fetal position. They were left as such for the entire voyage. 1-hour per day was allotted for above Deck time. Most died enroute from horrid and atrocious conditions.

With the advent of Slavery becoming abolished in most Countries, Slavers became smaller and took greater risks in transporting Slaves. They often traveled without flying any Flag. This made them especially attractive to Pirates, who would attack them for the huge profits they could make from the “Cargo”. In terms of self-defense, Slavers rarely carried anything larger that Deck Swivel Guns. Crews did however, have access to Rifles (which were used in close quarters fighting and of course, to put down Ship board insurrections with Slaves. 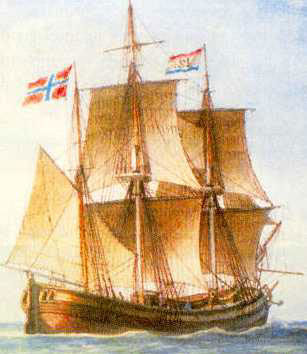