The Shorncliffe Redoubt was a British field defensive measure, used mostly during The Napoleonic War. These were ''field expedient'' earthen structures, sometimes reinforced with wooden walls and bracing. These were forerunners to the much later building process used in World War I Trench Warfare.

Located on The Coast of Kent, The Redoubt is made from sub-strata earth, which gave it an almost stone strength. Topsoil was dampened down with water, which also added to it's strength. Wooden walling was applied for shoring strength, as was wooden walkways. 5-foot ditches were later added, which could be flooded, although they never were (save rainfall).

Artillery Batteries were added, both to resist French Naval assault and possible Landing Parties. Although garrisoned for much of The Napoleonic Wars (1794 forward) by Regular and Light Infantry Regiments, The Fort saw no combat. After The War, it was abandoned, although The Army still trains nearby. Much of The Shorncliffe Redoubt is in ruins. 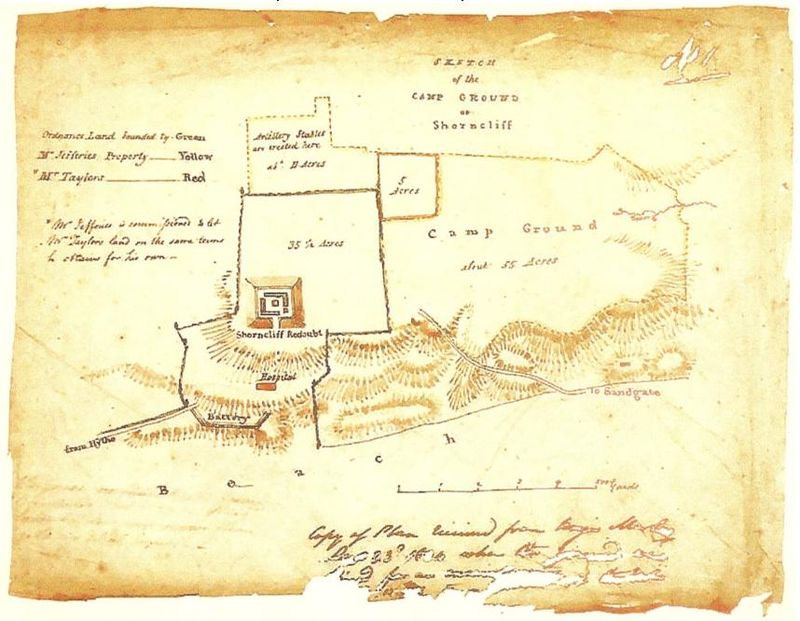