Designed and produced in 1939, The Romanian IAR-80 was seen as an advanced modern fighter for it's time. Over 400 were produced for The Royal Romanian Air Force. It was innovative in several designs, one being it's semi-rear angled Wings which produced greater control in diving movements. German Supporters, Romania was provided with superior aircraft weaponry, which was installed into The IAR-80. They were invaluable over The Soviet Union during The German Invasion of that County (1942). The IAR also proved a formidable fighter to counter Allied Bombing.

Increased AA Batteries and related weaponry placed in The Soviet Union would begin to tell on The Romanian IAR-80s. By 1944, so many were lost in combat that rather than replace the effective fighter, they were substituted with German Me-109 Fighters. Piloted by (1), The IAR-80 was 30-feet long with a wingspan of 36-feet. The used a single IAR K14, 14-cylinder Engine which generated over 1,000-HP. The IAR-80 boasted 350-mph in airspeed and an operational ceiling of 32,000-feet. Armament deployed was (2) 20mm Cannon and (2) 7.92mm Machine Guns (Wings). She could support up to 500-pounds of munitions. 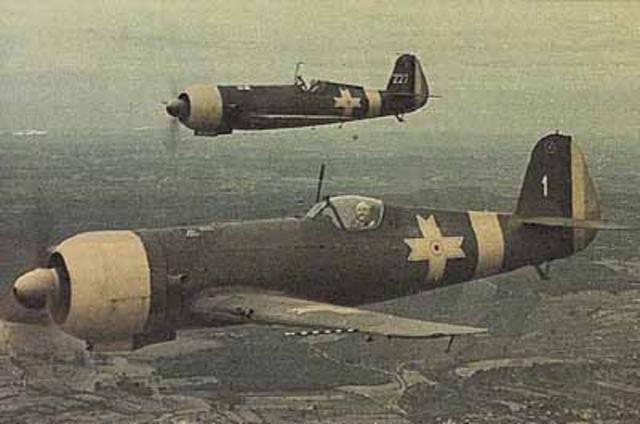