The Qurchi was a form of Royal Bodyguard – assigned to protect The Safavid Shah (Ruler). The Safavid Dynasty existed from (1501 AD until 1736 AD). They were a dominant Persian force in The Region which would become Iran. They originated from The Qizilbash Tribe. Well paid for their ''loyalty'' by The ruling Shah, at one point over 3,000 such Qurchi were assigned to Palace Duties as ''Life Guards'' in the first year of their deployment. They were use in battle to represent The Shah, and were seen as ''Elite''. There numbers would dwindle as a result though, with only 1,000 being recorded on Royal Census in the 17th Century AD. The Qurchi Ranks could be easily filled from their Tribe, with the highest number recorded at 20,000.

They were fierce in battle and were fielded as body Infantry and Cavalry. Light Armor (Mail and Plate) was used, giving them a conventional ''Cataphract'' appearance. Dressed and equipped in the ''finest'' (all paid for by The Shah) – often The Shah would 'loan out'' Qurchi to local Leaders and Administrators. This was taken, but not as a sign of ''Royal favor''. They often were seen as ''Spies'' of The Shah, to make sure local Officials were not stealing from Royal coffers. 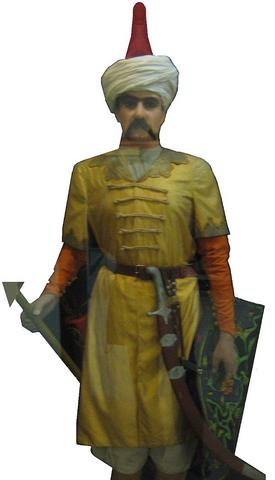