While Historians are unclear as to the Creator of The ''Periscope'' Rifle (which was seen around 1914), most agree that the device increased the ''Art of The Sniper'', in the Trenches of World War I. Both Allied and Imperial German Armies used variants of The Periscope Rifle. Since the dawn of Firearms in combat, the most common issue was one's ability to shoot from ''around'' objects (walls, trees and fixed positions). A Shooter had to basically expose himself for a clear shot. This made him vulnerable to being shot himself. Even with the advent of Scopes for long range sighting, even the ''best'' shots could be ''seen'' (by the ''report'' - smoke or flash of their weapon).

By World War I, the realization of prolonged Trench Warfare created many obstacles for soldiers (and Sharpshooter/Snipers). The mere act of raising one's head or the flash of light off a barrel or scope, would bring immediate fire. The Periscope was a device commonly in use by The Era's relatively ''new'' military weapon, The Submarine. This device was a tube-like extension that could be raised from underwater, to the surface. A series of refractive angled mirrors allowed a Viewer to ''see'', as such. This technology was seen as being capable of application to land warfare.

Some early versions of The Periscope, involved the installation of a standard infantry rifle (modified for Sharpshooter needs or one specially made for The Sniper). The weapon was placed into a wood and steel cradle (resembling a ''rocker''). The angle of placement of the weapon was crucial in the installation (having to be perfectly leveled). Later version had adjustable screwing to either lower or raise the rifle. Attached to this retractable or hand placed rocker cradle was a miniature periscope viewer (roughly 3 to 5-feet in length). Using the same method for viewing as a submarine, a Sniper could then sit safely inside a Trench or reinforced structure and ''shoot over'' the top. Some deployments also involved a secondary Observer (or Spotter), who could use a second Periscope to aid his Shooter. While considered somewhat antiquated technology by World War II, Periscope Rifles and applied methods would be refined for Tank and enclosed Fortification Troops, well into the 1940s. 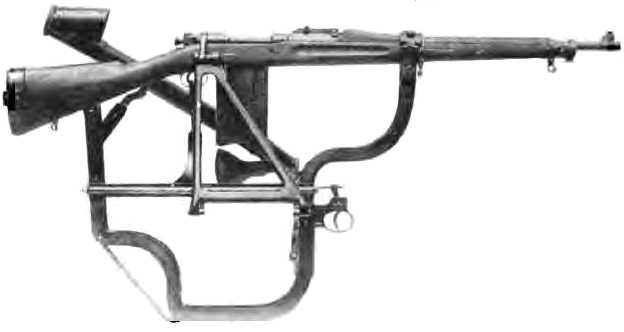