While the term ''Pax Britannica'' originated some 15 odd years before the Reign of Queen Victoria, - it came to full realization under Her Monarchy. The Period, ranging from 1815 to 1917 (past Her death by 16 years), was a play on The Roman Imperial ''Pax Romanus'' or ''Roman Peace''. The ''British Peace'' was relative to England's highest and most extended Colonization and Political influence. England was seen as the primary ''Super Power'' of the 19th Century (The ''World's Policemen''). Her influence was unrivaled and when contested, British assets most often ''won'' (The Crimean War against Imperial Russia). However, much of Great Britain's influence (Colonial), was far stretched. The continuing resources gleaned soon outweighed Her ability to maintain them.

England was the World Leader in The Industrial Age, which saw massive leaps in technology, science and Cultural advances. However, Her views on Class and Social Structure (favoring a wealthy ruling Class), was finally yielding to the full evolution of a Middle Class. With this, many Centuries in the making – the average, semi-skilled to skilled Worker, Craftsman and Merchant – was able to move away from the Slums of The City to more comfortable residences outside such environs.

Education also began to form more liberally. Literacy was seen as tantamount and surpassed many other European Nations. As such, as more became educated, so too did their need to be represented in Government. And many of The Middle Class ''ideas'' involved an end to Colonization and a Military ''footprint'' all over The World. It would slowly begin to take form as such. Newspapers told stories of the brutal conflicts in Egypt and The Sudan (1880s), predating British ''adventures'' in The Far East and Africa. Far too many British soldiers were dying in Wars that it's ''rank and file'' populace did not wish.

Soon Britain began to loose many of it's Colonial holdings – either by allowing self-rule with the ''benefits'' of a Commonwealth establishment, or outright self-control. Although still quite relevant in World Politics by the time of Queen Victoria's death (1901), The United States of America had risen to ''Super Power'' status. American ''muscle'' and American ''machinery'' had outmatched those of Great Britain. With the fall of The Ottoman Empire and the rise of a solidified ''Imperial'' Germany – the specter of Global Conflict was on the rise (World War I). ''Pax Britannica'' would yield to ''Pax Americanus'' 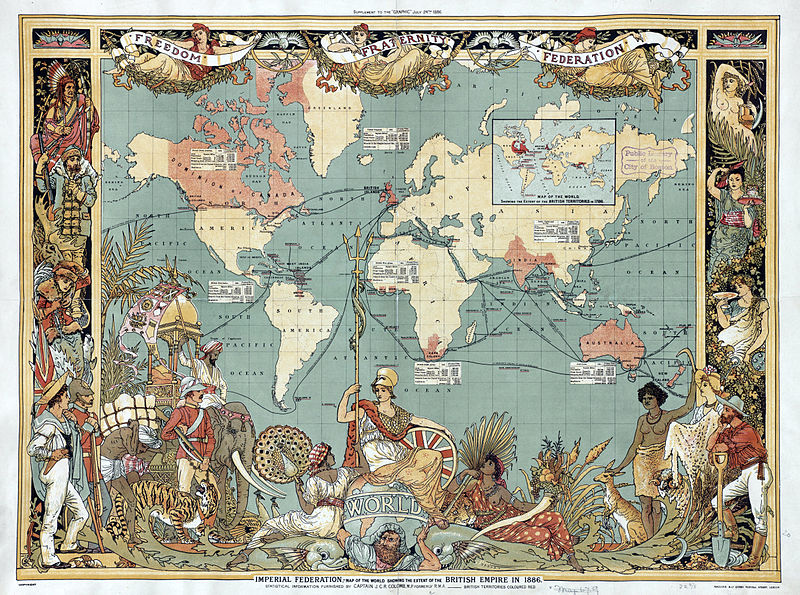