Considered the longest and most controversial Nuclear weapons Test, Operation: ''Plumbbob'' . The testing, which occurred at The Rainier Mesa Test site in New Mexico, began in January of 1957 lasted until September of that year – and included (29) separate tests. Tests were reported as being Air and Ground varieties. Over 29,000 USAF Personnel were involved in ''Plumbbob''. An off-shoot of ''Plumbbob'' was The ''Priscilla'' Tests, which allowed for the first deployment by Jet Fighter, of a live Nuclear Device, known as a ''Genie'' Missile. The “Genie'' was envisioned as a low-yield tactical device to be used over potential European battlefields.

The Operation is blamed (although not yet officially), for the indirect deaths of most Air Crews which delivered tactical devices over the Test Range, from radiation exposure. The families of at least (5) USAF Officers had filed charges against Te US Government for ''knowingly'' exposing Air Crews to the effects of Pilots who may have to ''fly through'' radioactive ''clouds''. As of 2012, the Case are still unresolved. Portions of the Test Range are still ''off limits'' to non-military Personnel. 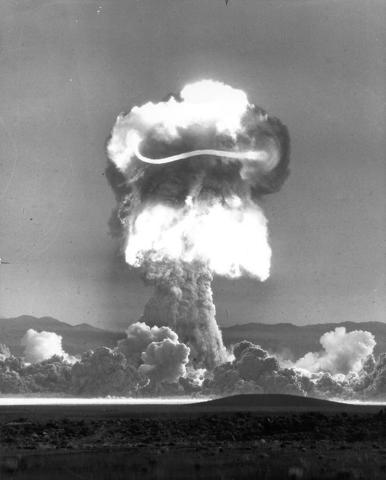