Operation: ''Hudson Harbor'' was the Code name for a proposed Nuclear Deployment US Assets – against various Enemies in The Far East (namely Communist China and North Korea). During The early phases of The Korean War (1950-1953), UN Forces – especially The US Military, was hard pressed to fully support their Allies – The South Koreans. Time was needed to move the massive amounts of war materials and general supplies. The issue of moving additional Forces was also a much needed Plan. The Communist Chinese and their North Korean counterparts were well aware of this. They took full advantage by launching a massive offensive across The Yalu River, southward towards Seoul (The Capital of South Korean). So massive were The Communist Troops concentrations (and taking additional advantage of the cold, and typically snowy weather of that time of the year) – UN and US Forces could barely hold on.

US Army General Douglas MacArthur (Hero of many of The Pacific Campaigns during World War II), was overall Theater Commander of The Forces in South Korea. He too, saw no effective way to stop Communist advances and further, knew it could take many months to effectively maintain a continuous supply line to any offenses of His own. MacArthur wanted to use America's newest form of weaponry – The Atomic Bomb to stop The Chinese Communist (seen as the primary supporter to The North Korean Army). The effectiveness of ending World War II in The Pacific with the bombings in Japan in 1945 had proved the worth of The atomic Bomb.

While some in Government approved the idea, many civilian authorities did not readily agree. Many were aware of the complete devastation done to Japan in 1945, and the effects of long term radiation exposure was just becoming known. Additionally, the outright horror of the whole affair lead most in Government to never wish to again use such weapons, but only to use them as a form of deterrence. Angered by MacArthur's rashness to suggest such a move (and later to rebuke President Truman), would lead to The General being removed from overall Command in Korea.

But His initial Nuclear Strike Plan was indeed examined and to a large part – implemented in early 1953. Fearing another massive Chinese Communist push to take South Korea, Operation: Hudson Harbor was developed. Various Bomber Wings stationed in Japan and The Philippine Island were secretly armed with complete Nuclear Strike Packages. USAF Commanding General Curtis LeMay was given ''release authorization'' if ordered by The President. Initially, The Plan called for a strategic strike on North Korean Targets and primary supply and troop movement points. After that, should Enemy Forces still be combat effective, a ''Grand Tour'' Deployment of Strike options would begin to target Cities in China.

The 1953 Armistice would lead to the division of Korea into two distinct Regions (North and South Korea). With both sides in tacit agreement, the overall need for Operation: Hudson Harbor was abandoned and all Nuclear assets were moved from The Pacific. It also ended the authorization of any Theater Commander to have the authority to deploy such weapons (an action reserved for The President of The US and The National Command Authority). 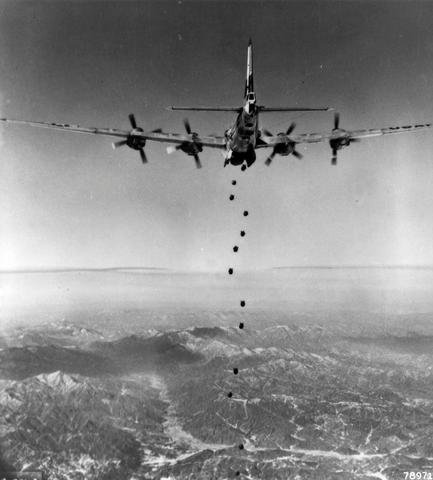