The Military Assistance Command, Vietnam - Studies and Operations Group, known also as MACV-SOG – was a highly classified Covert US Armed Forces Group which would eventually become of the Corps. Pf what is today deemed ''Special Operations'' Forces. Established in 1964, MACV-SOG was composed of specialists from The US Army Special Forces (''Green Berets''), US Navy SEALs, US Navy Special Riverine Patrol, US Air Force ''Air Commando'' Forces and US Marine Corps. Recon and Raider Units. The Primary goal of SOG was to wage ''unconventional warfare'' to include – demolitions, capture and interrogation of ''high value'' Enemy ''Human'' Assets, rescue of US and Allied Prisoners of War and even Assassination of Enemy Military High Command Staff. Much of SOG operated within the confines of Central Intelligence and National Security Agency overview. To this day, actual Troops strengths and many of their ''operations'' are not known. SOG Forces were the first to assess The Gulf of Tonkin Incident (1964), which would lead to the wide spread involvement of US Armed Forces Operations in Vietnam. The Force operated in other Countries seen to support NVA and VC aims – which were hostile or non-supportive of US goals in Southeast Asia (Laos and Cambodia). The Force participated in (9) known high level Operations against NVA and VC Operations, until 1972 when control of SOG Operations were transferred over to The South Vietnamese Army. However, many SOG Units that remained in Vietnam under ''different'' Operational Orders were also present at The Fall of Saigon (1975). 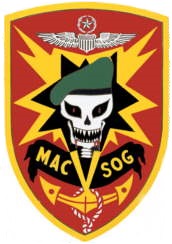