The ''Lafayette Squadron'' (named in honor of French Patriot who served with The Continental Army during The Revolutionary War – The Marquis de Lafayette), was a mostly all-American Volunteer Force who served with The French Flying Corps. during World War I. France was badly in need of Fighter Pilots when The War started in 1914. The United States (while it tacitly supported France), would not commit Forces to The ''European War''. Many Americans thought this wrong, with many of it's young men ''volunteering'' to fight in both French and British Armed Forces (particularly their recently created Flying Corps.)

The Escadrille formed in 1916 (despite protests from Germany concerning American supposed neutrality). Over 200 American Men were trained and commissioned as Officers in The French Flying Corps. The Force served valiantly in aerial combat against The Germans (often flying much better equipment that The Escadrille). Nonetheless, The Squadron claimed (11) Aces with kills of 15 or more. A total of 51 of their Ranks were killed in action. When The United states finally entered The War in 1917, many Escadrille Fliers would transfer into The Army Air Service – some would remain until the end of The War.

The Escadrille earned (8) National Citations for Bravery in Combat, with over 145 total Decorations for individual Service given. The Squadron Fighter insignia (painted on the fuselage of their Planes) – was an Indian Chief's Head, with Full feathered War Bonnet. 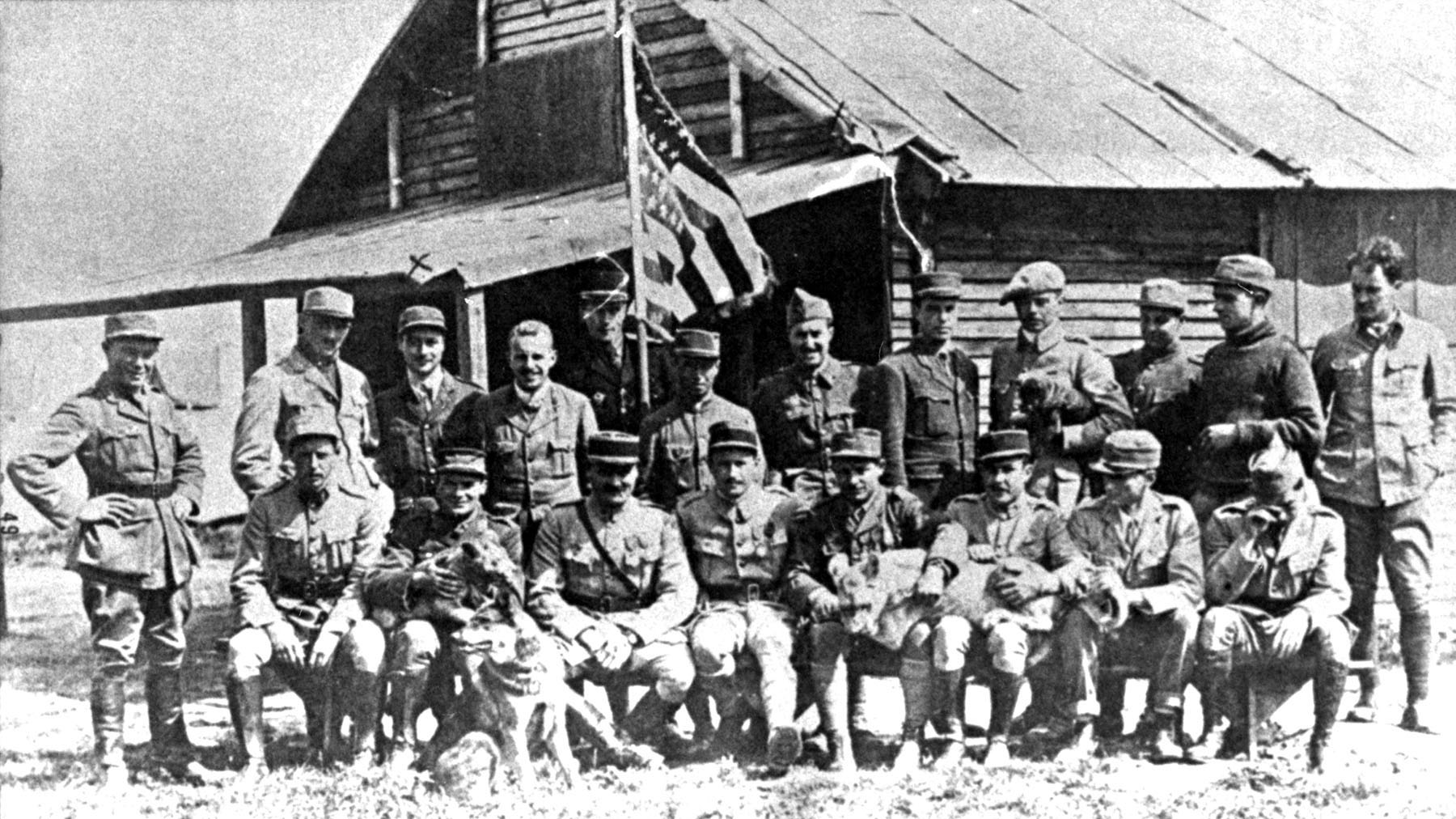