The ''Kit Carson Scouts'' (also known as ''The Tiger Scouts'') was a US formed and commanded Recon and Patrol Unit, which operated during The Vietnam War between 1966 and 1972. The Force was originally formed by The US Marine Corps. and enlisted with former Viet Cong Militiamen (who had ''turned'' as a result of the previously discussed ''Chieu Hoi'' Program). The Scouts took their name from the famed 19th Century American Military Scout, Christopher ''Kit'' Carson. Over 2,500 Members were counted in field operations by 1968. The Force were trained in small Unit Tactics, Demolition and extreme Long Range Recon Missions. Because of the Soldiers first hand knowledge of VC Tactics and locations for materials storage, The Scouts were very effective. By 1970, with America's declining role in Southeast Asia, most Scout Units were taken over by The South Vietnamese Army. With The War slowly become lost to South Vietnam, many of The Scout Units simply quit or were disbanded. 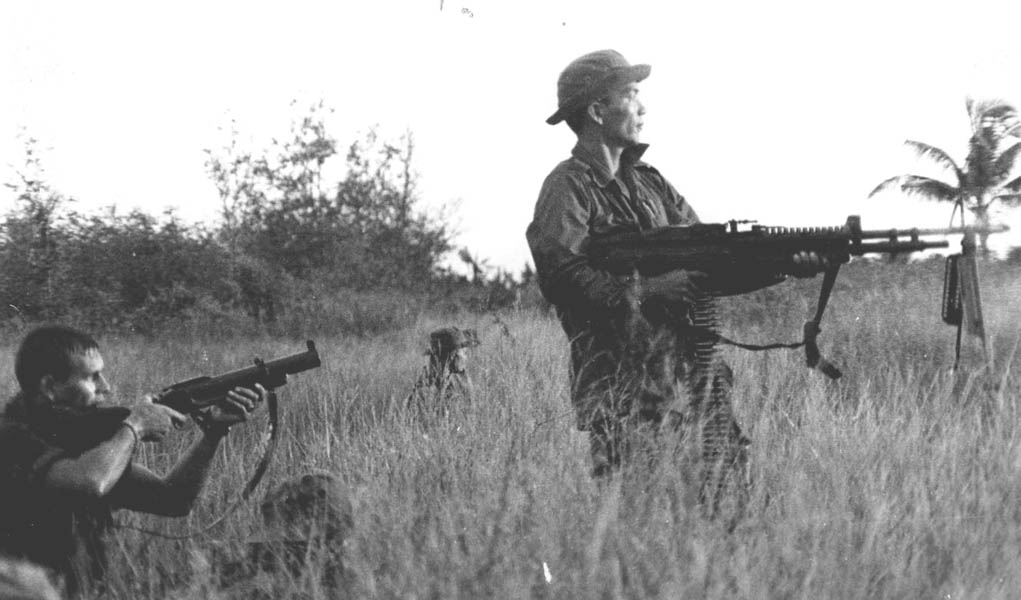