By late 1944, The Imperial Japanese Military had been severely depleted of it's overall ability to protect it's Homeland of Japan. It;s Forces were spread out in The South Pacific attempting to hold off Allied movements aimed at taking Japanese Island Territories 'one Island at a time''. It was seen as just a ''matter of time'' before Allied Forces were ''at the doorstep''. While many American Commanders were preparing for an eventual invasion of Japan (Operation ''Olympia''), Japan began to press it's Civilians into Volunteer Fighting Forces. Older Male Citizens were pressed – but the majority were Females. Some teenaged children were even pressed into Service. Japan did not have a Reserve Force or viable National Guard to deploy. These Volunteers were brought together at the Town and Village level by Japanese Military Authorities and trained in basic military tactics. Most of this training was in ambushing and covert tactics.

Many of these Villages and Towns were seen as the first ''encounter'' with Allied Forces should an invasion occur. Traditionally, US Forces would not necessarily attack women and children (or even the Elderly). This ''tactic'' was seen as a necessary measure for Japanese Forces, who espoused a ''Victory or Death'' ideology (much as their Ally Adolf Hitler did in Germany). With basic firearms being a rare commodity, very few Volunteers were armed. In some cases, of a Village Force of 100, only 25 would be armed with traditional firearms. The remaining used wooden Spears, Swords and related. Most were taught how to deploy explosives and of course the final ''sacrifice'' – Kamakazie. With regards to the ''final sacrifice'', Volunteers were expected use grenades – running up to invaders and detonating ''themselves''. It was a tactic that would be seen even today with radical suicide bombers in The Middle East.

The Japanese Volunteer Forces were never deployed actively. Allied Forces opted to scrap the Invasion Plans in lieu of a new tactic and weapon – The Atomic Bomb. 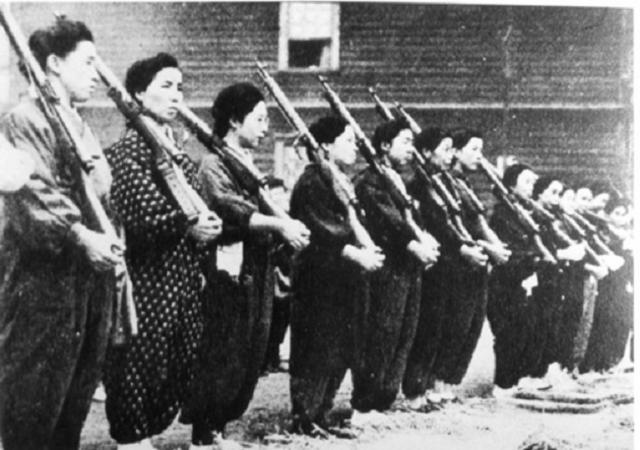